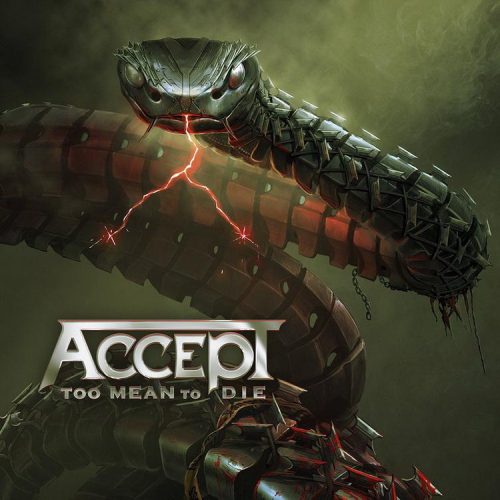 Anticipating over three years for Accept’s new material, we recall memories from their mediocre last full length album “The Rise of Chaos” (2017), followed by “Symphonic Terror – Live At Wacken 2017” live album. In Greece’s lives’ treasury, we do withhold their last hammering appearances, in 2017 at Pireaus Academy, Athens, and in 2018 at Rockwave Festival, Malakasa. What a blast in both gigs!

At the dawn of 2021 Accept are back, and unleash their heavy rapid fire (doing so since 1979…!) with their sixteenth full length studio album, that is to be released on 29 January, teaching heavy metal excellency.

Unforeseen changes: Philip Shouse (guitarist- Gene Simmons Band, among others-) joins the legions, boosting band’s rhythm section. Not quite sure for the unforeseen part of it, but surely a loss to be counted, this is the very first Accept album marked by the absence of band’s founding bassist, Peter Baltes (exiting family in November 2018). Baltes’ withdrawal, notable alteration of band’s coalition in my opinion, jeopardizes the variety and quality of Accept’s songwriting. Tornillo obviously got a lead to the new album’s songwriting, predisposing us for a different Accept album. His replacement appears promising though by Martin Motnik (ex. Darkseed, Eisbrecher, Atargatis, Uli Jon Roth).

Remote studio sessions (a COVID- era must/or necessary evil) found the producer of the new album, mighty Andy Sneap (let loose after the postponement of Judas Priest tour obligations), working at his studio in Ripley, Derbyshire, England, while at the same time Wolf was laying down tracks in his hometown of Nashville, Tennessee. Singles “The Undertaker”, “Too Mean to Die”, and “Zombie Apocalypse” were released respectively on October, November of 2020, and January of 2021.

Almost 53 minutes of unACCEPTed (and unexpected) awesomeness the eleven tracks were too mean to die in my loudspeakers.

“Zombie Apocalypse” alongside with its official visualizer introduces us to a whole new approach of 2021 zombie’s definition. A typical social problematic theme track with an aggressive riff, classic high pitch vocals when and where suited from Tornillo. Nice guitar firepower trio. The title track is a classic Accept cracker, unwavering, with a nostalgic resemblance to blind rage era. Men on a mission and certainly men with a vision Accept still impress with razor-sharp guitar licks and a steel-hard sound, obvious in both “Symphony of Pain” – personal fav of the album- and “No One’s Master”. ‘The Undertaker’ is a bit more midtempo that we are used to, but still a catchy one. Same goes for “How Do We Sleep”, and “Not My Problem” . A Hard rock mentality and riffing captivated us in both “Overnight Sensation” and “Sucks to Be You”. Power ballad from Accept in the eighth track – again – not a typical deep cuts the knife Accept ballads’ feeling. Although “Samson and Delilah” (given the title) raises expectations for an epic/ advancing instrumental delirium as an outro of the album, the outcome is more or less disappointing resembling more to Arabian nights in a “precarious” attempt to compile east aesthetic with heavy riff lines. 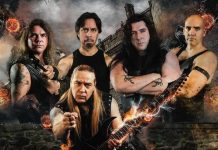