During my teenage angst and most of the years that I attended to the local university, I carried with me almost exclusively the mark of Thrash Metal, i.e. listening just to Thrash Metal bands, wearing a leather jacket full of patches, tight black pants and those beloved white sneakers (which – to be honest – I still wear with great pride any time I’m not at work, so the flame still burns I guess). During those years, the discussions debating on which are the best bands, which albums were the true shit or which lineup was the most perfect etc., were numerous. Well, we’re still having such conversations, however I think we’re a bit more open – minded and not so strongly opposed to some B-list albums, haha! We’ve all been through that, so you get my point. However, as we grew older I kept thinking that almost scarcely would Annihilator come up in such discussions, and when they actually came up the talk was spinning around those bands which on one hand were Thrashy, but on the other hand were different from the rest, like the sheer terror Slayer, Dark Angel and such bands were manifesting. When it became clear that at some point we would get detached from the closed-mindedness of the aforementioned musical directions, we found out that not only the Canadians deserved a prominent position amongst the pantheon of Thrash Metal genre, but they would also find a place in our hearts. One of the most characteristic albums of the band (as well as of the genre), was “Alice In Hell” released in mid-1989 and for which I decided to say a few words, just to dig in the past.

Initially, let’s just say that the Canadians (created by guitarist – and the only original member until now – Jeff Waters in 1984) are still one of the highest-selling bands in Canadian music history, having sold over three million records worldwide, even though most of these sales were made outside of Canada. Along with Sacrifice, Voivod and Razor, the Annihilator are regarded as members of the Canadian Thrash Metal Big 4, while they’re considered as one of the key forces that defined and shaped the second wave of Thrash from the late ‘80s to the early ‘90s, along with Sepultura, Sacred Reich, but also Death Angel, Forbidden and Testament from the beloved Bay Area.

In essence, the album that created the name and built the legacy for Annihilator is their debut; “Alice in Hell” released in April 1989 by Roadrunner Records and has sold over a million copies worldwide. In fact, this record was the highest-grossing debut of Roadrunner Records as a record label.

“Alice In Hell” is really a distinct and quirky debut. While in its entirety it “oozes out” that special character of the Thrash movement, incorporating and absorbing many of its essentials – especially from the Bay Area, it remains an album with identity and different-than-usual temperament, as in the song structures we can find elements from Progressive and Heavy Metal, thus making the album different and unusual. Of course, it stands out for its dark and somewhat negative atmosphere that it creates, while it certainly makes you feel like entering a psychiatric wing, as the album’s cover and the underlying theme of the title piece betrays. Probably the most important feature of the album are the guitars, which reap souls with their multilevel structures and performance, while all along come the exceptional vocals and drums that feel like they are here to embrace and simultaneously empower Waters’ guitars. Each song has an excellent / charismatic work on guitars and bass. The album’s production also stands out, leaving everyone with the right space to breathe and grow.

“Alice In Hell” was the first of the band’s six recordings that included former Annihilator singer John Bates in tracks such as “Alison Hell”, “WTYD”, “Burns Like a Buzzsaw Blade “and” Human Insecticide “. Bates also contributed to other albums including Never, Neverland (1990), King of the Kill (1994), Refresh the Demon (1996), Remains (1997) and Criteria for a Black Widow (1999).

Although the album’s release notes list Annihilator as a five-piece band, the group actually consisted of three members (Randy Rampage, Jeff Waters and Ray Hartmann) during the 1988 recording. Waters, along with his guitar parts, also played bass and performed backingvocals, while at the same time he produced the record and wrote all the tracks, with the exception of “Crystal Ann”. Although Anthony Brian Greenham and Wayne Darley are referred to as guitar and bass players respectively, this reference was Roadrunner’s mistake, as Waters later revealed in interviews, that they koined Annihilator after the band completed “Alice in Hell”. Darley did, however, actually participate with backing vocals.

To promote the album, Annihilator played as a supporting act on Onslaught’s world-wide tour “In Search of Sanity”, as well as on Testament’s “Practice What You Preach” tour.

The recording and mixing of the record was handled by Live West Productions, Fiasco Bros. Studios, in New Westminster between 1987 and 1988.

“Alice In Hell” was re-released twice: in 1998 with three demo tracks and again in September 2003, as a two-CD collection (along with “Never Neverland”) and was titled “Two From The Vault”.

By far the best moments of “Alice In Hell” are “W.T.Y. D. “(“Welcome To Your Death”) and”Human Insecticide”, the latter of which I consider it to be the best track Annihilator ever recorded. 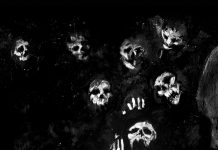 Grab – The Inevitable Filth of Mankind 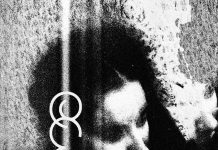