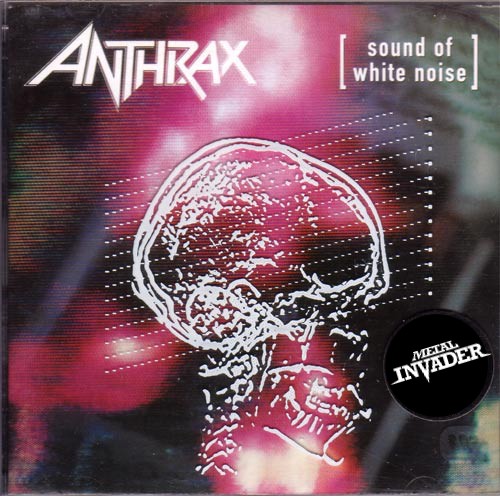 Almost a quartet to century back metal bands (especially thrash ones) had the great opportunity for a commercial break through. Even though grunge was huge enough to dominate rock and its subgenres and rap/hip-hop was the next big thing, while poser/hair metal was already dead, still there was plenty of room for thrashers too. The dynamic of thrash and heavy metal coming from the glorious 80’s plus the strong underground scene was something music business couldn’t just let it go away or pass. After all Metallica, Pantera & Megadeth had opened widely the road to success for all bands that could be more “open minded” and could be consistent in creating catchy songs without losing aggressiveness in their sound. “Black Album”, “Vulgar Display of Power” & “Countdown To Extinction” are 3 albums that set some rules for everyone that wanted a bigger audience for its music at that specific period. It was already three years since Anthrax’s last effort “Persistence of Time” an impressive and experimental, dark release and it was time for the band to move a step forward. It was to time for Anthrax to evolve, it was time to follow the rules (that others had set), it was time to gamble…

“Sound of White Noise” is the sixth studio album by Anthrax, released in May 1993 on Elektra Records. It is the band’s first album to feature vocalist John Bush, who replaced longtime Anthrax vocalist Joey Belladonna in 1992. But the biggest change wasn’t on the band’s line up as it was in the band’s sound. The new producer Dave Jerden that had worked with Alice In Chains brought many grunge influences, and the guitars became more chuggy and Pantera-like.

The absence of speed and die-hards’ favorite high-pitched frontman that characterized Anthrax’s previous attempts made their fan base rather confused while Music Press was way too critical for the extensive use of groovy riffs and mid tempo rhythm.

Anthrax’s credibility collapsed in one night and despite the fact that the album debuted at No. 7 on the Billboard 200 (band’s highest ever chart position) and was certified gold with over half a million copies in U.S. (still) the damage was never totally fixed.

But musically speaking the album is really great. With modern and fresh sound still after 21 years. Die hards couldn’t follow the new direction; in fact they never made a try to even understand it… A criminally underrated album especially from fans coming from Europe.

1. Potter’s Field Is the opener that starts off with a minute of “white noise” before you hear the intro riffs. A clever and dark song that like Slayer’s ‘Silent Scream’ is dealing with a sensitive issue of abortion telling the story of an aborted infant describing the anger he feels towards his mother. (Potter’s Field is a cemetery for infants.)

2. Only “Only” is described as the perfect song by Metallica’s James Hetfield, which now is being considered as an Anthrax classic. Cool track but not a perfect song…

3. Room For One More It could be easily in any of their previous albums probably with a little change in production or if it was a bit faster. Heavy riffing, well written suitable vocal lines for John Bush and a great performance from him.

4. Packaged Rebellion False rebels and mimic teenagers should listen to the lyrics of this song. The song has a killer guitar rhythm, showing a band full of confidence believing in its material.

It’s title is a reference to a television commercial for Purina Hi Pro Dog Food. But the lyrics are not about a dog food or something. “Hy-Pro-Glo” is actually an “anger anthem” talking about a guy that is angry about an imposter. Perfect song with great vocals, drumming, lyrics, guitars, but old school fans couldn’t accept this rap/rock singing…

6. Invisible Pretty good song that helps the album to maintain its aggression and power without slacken as it reaches half way.

7. 1,000 Points Of Hate The best example to prove that Anthrax could create catchy songs without losing aggressiveness in their sound.. More than awesome… Probably the greatest moment of the album.

8. Black Lodge “Black Lodge” has a Twin Peaks’ influenced title (Black Lodge is a fictional location in the TV serial) and clip and co-written with Mr. Angelo Badalamenti [famous American composer, best known for his work scoring films for director David Lynch, notably Blue Velvet, the Twin Peaks saga (1990–1992) and Mulholland Drive] himself. “Twin Peaks” was a TV show as popular as “Game of Thrones” is now for its time. So it makes sense while Anthrax was trying to make the commercial breakthrough to use everything to achieve their goal.

9. C11H17N2O2S Na The title “C11H17N2O2S Na” is the chemical formula for sodium pentothal, more commonly known as “truth serum”. Sodium pentothal is given to people who are being interrogated; and it weakens their ability to lie.

10. Burst “Burst” is the fastest song on the album and one of my favorite, too. The lyrics are dealing about respecting other people’s (different) opinion. Dual vocals interplay between Scott & John and hardcore feeling from the New Yorkers in a top notch composition.

11. This Is Not An Exit The album’s closing track “This Is Not an Exit” is directly based on the Bret Easton Ellis novel “American Psycho”. It also includes a sample from the 1991 movie “My Girl”. The album ends with ‘white noise.’

* The intro (“This is a journey into sound”) is a sample of “Train Sequence” narrated by Geoffrey Sumner taken from the LP “A Journey Into Stereo Sound” (1958).

** Anthrax also contributed a song from these sessions called “Poison My Eyes” to the Last Action Hero soundtrack. 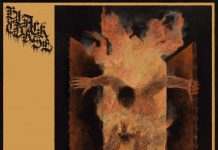