It would be more than ideal for my favorite bands to release as many albums as they could. Of course quantity doesn’t walk side by side with quality, and even if the rich discography of my fav bands was a rule, still I wouldn’t be so sure, as I’m right now, that the new 8th studio album by Armored Saint would be so fuckin’ awesome. Armored Saint after a 5 year gap and the release of “Wind Hands Down” that was excellent, they toured and gathered their ideas and now are here to unleash their thunder and lightning upon us!

The good thing about Armored Saint is that even though they are featuring great musicians as units, there are no big egos or fighting, so the result always has a characteristic homogeneity and “team work’s” sound. Once again there is diversity in the songs, but without the album losing its coherence. “Standing on the Shoulders of Giants” will stick you to the wall with its tremendous chorus; in “Missile to Gun” you will hear how an instant classic is being built on a super-porous riff. “Do Wrong to None” will groove-captivate you and “Unfair” proves that The Saints have it even when things are getting slower. After all, you can do whatever you want with such a great singer, don’t you?

But as I said, all their members as individuals are suberb. The excess is done when after so many years they have not lost a bit of their ability in songwriting. Some will make a fatal comparison with their golden era and others with their discography in its entirety. On the other hand I’m wondering if I have heard something so strong this year, in the field of traditional metal, and how much such a release was needed in 2020. Having in mind all these, my rating … 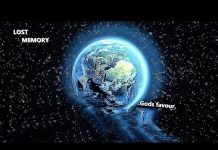