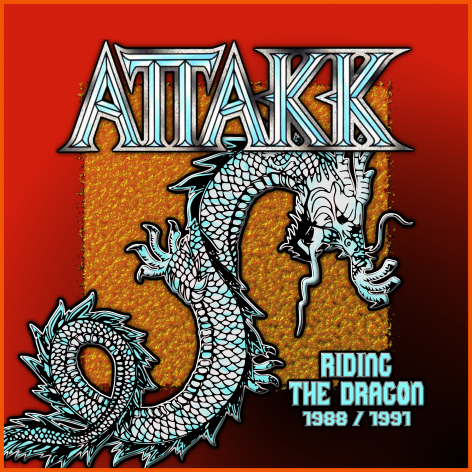 ATTAKK were a very talented band from Los Angeles California. They have managed to combine some magnificent elements of Melodic, Heavy and Power Metal, delivering some really high class recordings on their unique style. Their same titled Mini LP on Monster Productions is the band’s trademark release. It soon became an extremely rare item, making lots of collectors to go after it through the years.

The band have also recorded some really excellent demos. A careful listen to this material will bring into the foreground even more magnificent songs. Back in 2016, Lost Realm Records released the “Riding the Dragon 1988/1991” compilation CD featuring the complete recordings of this amazing band. The compilation was sold out very quickly so the label decided to make a repress (2019) making the compilation available again on CD and box set formats.

This compilation CD comprises the band’s 1989 self-titled Mini-LP plus their 1990 demo (that represents in three songs, the band’s very special Melodic Metal vibe). The band’s 1988 demo recordings are also included, four songs in total, representing a straightforward, high-pitching, Power Metal at its best. Finally we can listen and two songs from the band’s last live performance, in 1991.

The band delivers amazing music. Excellent songwriting, fantastic vocals and some killer leads. An amazing combination of Melodic and Power Metal by an absolutely talented band. The re issue comes with a 24 page booklet, including biography, lyrics and lots of photos. Lost Realm Records have done an amazing job once again. This is an absolute must reissue that should find a way to the collection of everyone that is after some first class US Metal. 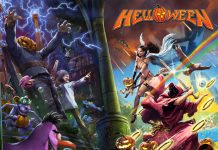 HELLOWEEN teams up with Incendium for comic book and action figures