Genre: Power Metal
Country: Finland
Label: Nuclear Blast
Year: 2019
Battle Beast from Finland is one of the cases that did not abstain from the plethora of the new, European power metal releases of the past decade. When they introduced to us in 2011 with their dynamic debut “Steel”, new heavy metal fans were surprised; a brand new power metal group, fronted by a wild machine woman called Nitte Valo talking about war, anime and metal. As for 2019, after 4 releases they pulled out “No More Hollywood Endings”. There had been a very long time since Steel was out (which was pretty much the last time I blasted Battle Beast in my house) and it came to me with a big surprise that “No More Hollywood Endings” left me a bitter feeling, since it has nothing to do with the great band I bumped into during my puberty. All lyrical themes have moved towards to more “casual” may I say, directions, all songs are polished with a glittery keyboard sound as well as the guitars; are nothing special anymore. The only thing I still find attractive about the band and the record, is the magnificent raspy, yet soft voice by their current singer, Noora Louhimo. Battle Beast have been rapidly growing the past five years so it’s no surprise that their musical paths will get a lot more softer, and of course that I will not be anticipating any new stuff by them whatsoever.
1/6 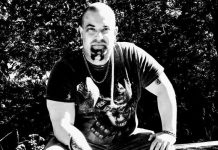 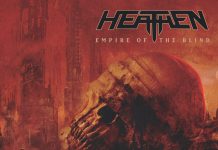