The announcement of Beastmilk coming in Greece delighted listeners of various kinds. Exquisite fans of the singer Kvohst (Hexvessel, ex-Dødheimsgard, ex-Code, etc.), irrelevant metalheads who listened in secret because it is very “gothic”, unrelated goths who secretly listened to them because they are “metal” and relaxed guys that die for anything post and other various strange ones… All these unorthodox mosaic of people composed the concert of Beastmilk. My friends consisted of people of all the above categories, so my conclusions about the quality of the concert will be with any objectivity is ever possible to be.

From Dada Tapes I caught them at their half set and this between greetings and purchasing merchandise from the overloaded Beastmilk’s one. As I watched them I was not too impressed although their performance was well above par with a style of post new wave alternative something that can convince a believer of the kind but I am a bit irrelevant to the genre, although I have an Impaled Nazarene shirt in my closet they didn’t do it for me. Same goes for clearly most impressive
The Aleph that followed a more personal sound and female vocals which wound up the people with knowledge about the kind (post-something we said) but for me they were a pleasant musical carpet in-between discussions with friends and acquaintances.

When it the time came for Beastmilk to climb the scene, I did a recap on my mind lest I predict what I was going to watch. Thus I said : awesome album full length 2013 (see. “Climax”), a super 7 ” EP earlier (see. “Use your deluge”), the Linnea Olsson of The Oath as a new member in their synthesis, the versatile Kvohst in voice, a band of four years old, fresh young and beautiful, horny and relaxed. All suggested that we would see a great show in my opinion. And so it happened. They played all songs from Climax and 3 of the 4 from the EP with very good sound and energy, many times more energy than expected for the style of the songs. Implementing flawless performance with guts and professionalism (in a good way), and an incredible Kvohst doing anything that he wants with his voice (even some screams “winking at us”). Highlight of the show was the performance of “Strange Attractors” an outsider and last track of the disc that they rarely play live, which was attributed better than the studio version and probably some stones cracked. Closing with the “hit” “Love in a Cold World” and the lights went on. That their appearance lasted about an hour might turned off some but we’ve talked about this right? You can buy cheese by the kilo…. 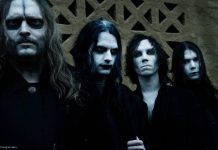 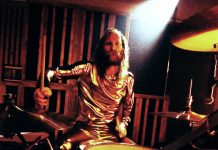