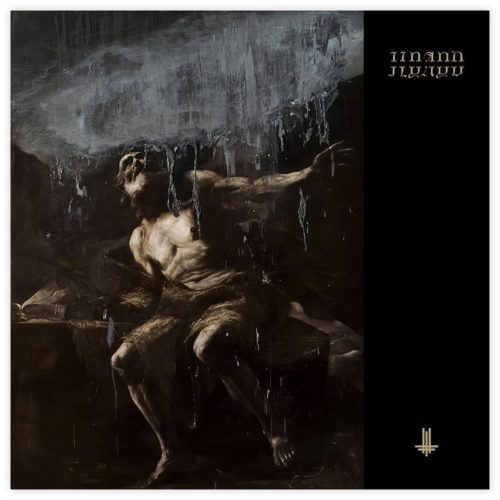 It’s been four years since the best album by Behemoth was released, a time when Nergal had beaten leukemia, Christians and the doubtful extreme music scene with the thumping masterpiece that was “The Satanist”. A record with a seemingly great sound, kick ass compositions and high in aggressiveness levels, it has sketched a picture of the band in its prime and in full force. The combination of that record and “Evangelion” typifies all I want from this band apart from their earlier, more primitive material, as I have never cared about the mid 00’s black / death albums, where their new sound started forming, and all their most famous tracks with it.

In between then and now, the most notable move by Nergal was the project Me and that Man, with an album released last year showing his talent with clean singing and a more rock / country, kind of sad album, maintaining his position fully in the mainstream as Behemoth were anyway but now moving into audiences outside of extreme sound. This is not a review of that album, but it had me wondering how the next Behemoth album would sound like, when the success is now all over the place and they are into the spotlight as much as bands like DimmuBorgir.

At first glance, “I Loved You At Your Darkest” has an artwork (an art exhibition is held in London about his art connected to the record) kind of similar to “The Satanist”, and its production is also close, while it has the same duration but with three extra compositions compared to the previous one. The album opens with singing children at the introduction of “Solve”, which is an anti-religious chant in the known Behemoth manner, which continuous everywhere lyrically, since the album is quite religion-oriented, and you don’t really need to guess in which direction.

What Behemoth attempted with this offering is a record that contains the vital hateful energy of the band, exerted through their more intense side, mixed with more rock elements, solos, and even some more progressive structures that they are not used to create. This will scare away a lot of fans, but that is not in its essence the problem. Nergal has all the tools and help in the world, the artistic freedom to go towards anything he wants, the bars are high and we’re expecting pure blasphemous beauty from this band. It is not negative that they have rounded their edges and made a more accessible record, it is just that “I Loved You At Your Darkest” doesn’t have content at the level or relevance and integrity the recent albums by them had.

I wouldn’t say they have changed a lot lyrically, but they never had the most beautiful lyrics to begin with, as there are plenty of artists within anti-christian territories that can write lyrics much better than Nergal, who might be thought of a mentor for teenage angst, rather than sophisticated deconstruction of religion. What most bands can’t do though, is sing as good. And cross your fingers, because in the new album the monstrous vocal abilities of Nergal are mainly what keeps this whole thing together, rather than the squishy compositions.

The inevitable path towards the mainstream has stirred the band of its uniqueness, but everything is so fancy and well written that you can’t completely throw this in the garbage bin. There are good moments, but it is just moments among big chunks of semi rock / metal mediocrity. I liked “Wolves ov Siberia”, “Sabbath Matter” and “God = Dog”, which specifically is a very interesting track. It starts of with an almost Ne Obliviscaris kind of guitar part, builds into a simple but awesome Behemoth punch, closes with melodic rock solos (that come and go in the record, will appeal to non-Behemoth fans only) and then the same part as the introduction of the record comes up again. Same kids, same lyrics, same part. They just copied the first track of the album to the third. Way to go there.

That was the first moment thought that what I’m dealing with here, is a perfectly polished, lazy album. Many other tracks are completely uninteresting, like “Bartzabel”, “HavohejPantocrator”, or “If Crucifiction Wasn’t Enough”, all of them I couldn’t wait to end. “Ecclesia Diabolica Catholica” is solid, as is “Rom 5:8”, but at no point in the whole of “I Loved You At Your Darkest” lies a truly memorable point. And quoting the bible doesn’t save it from the fact that this is a cheesy title that will give a feeling of cringe to a metalhead, but not to people outside of that, which makes me think that this actually makes “You Will Never Be One Of Us” look like a good title. Think of this as the transformation of Gorgoroth after Ghaal entered the band, that’s what the change from “The Satanist” to “I Loved You At Your Darkest” strikes me as.

Having said all that, I am certain the record will do ten times more success than anything else they have released. They have artistic video clips (three for this new album…) and more easy listening music to go with them, along with the perfectly marketed anti-christian attitude that they always had giving them a hell of a boost within alternative music. Yet, this is a musically frail result that could easily be considered a bunch of Behemoth material that should have not been released. Primordial did a similar transition but there, it worked almost fine. Here, with all the orchestras and the choirs, all the money in the metal world, this doesn’t deserve more than 2-3 listens.

If you want an analogy, think of it national football team of Germany. Nergal won the mundial four years ago with a magnificent record, and this year he didn’t even make it through the group stage. I’m straight disappointed by this without being the biggest fan of the band, but it is a fact that Behemoth isn’t the behemoth it once was. “I Loved You At Your Darkest” lacks the musical merit and quality recent releases had, it lacks the power, and this blending of two different worlds is unfocused and will leave you baffled. It’s sad that I loved the idea of using children in records, and it has failed me twice this year (Marduk pun intended). And to answer to “We Are the Next 1000 Years”, I would say a big no, you were the previous 25 years and that’s all.

Exhumed/Gruesome return with a new 10″ split