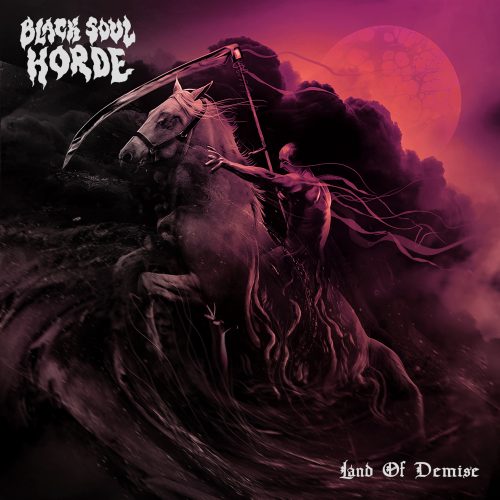 Seven years after their introduction to the discographic reality, Black Soul Horde from Athens are back with a new album that was released only a few months back, entitled “Land of Demise”.

All within more than just half an hour, the project which is based in Athens, attempts an excavation to the paths of fantasy, epic battles and the aesthetics of the oldschool heavy power metal sound, without it being boring in any point at all. Having in mind their debut, “Tales of the Ancient Ones”, Black Soul Horde might have gained their confidence and their go-to footsteps, so that they would be clearly visible to those who have missed it. Whatever it is, it’s all about an upgraded version of the band in general. Despite the “plurality” that has prevailed in the genre over the last decade, there are a few prominent examples that have a basis in what they do and know where they direct it to. Black Soul Horde definitely fall into this category.

Now, for the best tracks I definitely choose the speed-ish “Iron Will”, “Soulships”, coming straight from the UK, as well as “A Neverending Journey” as well. Classic metal, with an essense of renewal.