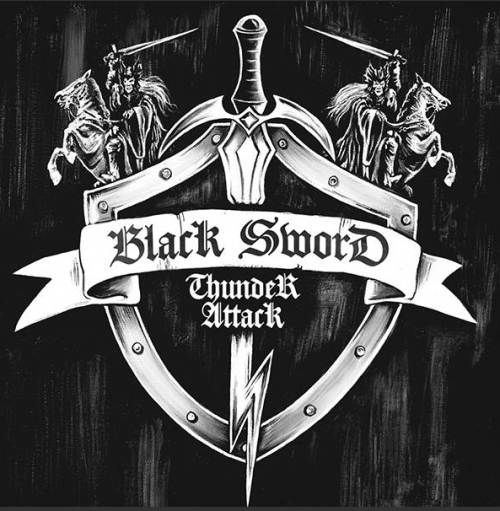 I have been listening to the songs of “March Of The Damned” for quite some time, knowing that at some point it would be time to sit down and write on paper all this greatness emblazoned on every note of this masterpiece.

I know very well that BLACK SWORD THUNDER ATTACK from Kalambaka, Thessaly, is intentionally or unintentionally followed by two very specific characteristics in the consciousness of those who have been following them for years now. The first is the characterization of the cult, obscure band, and the second is the characterization of the band that has largely based its sound on the LORDIAN GUARD / WARLORD legacy.

What BLACK SWORD THUNDER ATTACK deposit with their music is far above any attempt – to even verbally classify them in any form of characterization.

What BLACK SWORD THUNDER ATTACK deposit with their music is the quintessential Epic sound.

It never appeared and nothing like that will appear and you can be sure that I’m weighing my words very well, having literally absorbed every bit of this band’s music. Having literally spent hours upon hours with their songs.

I can accept the use of characterization – besides I already did that with the reference to “Epic Sound” -. I can accept the analysis and over-analysis of influences and the references to bands and / or trends, all in the effort of describing the Black Sword audio stigma. Reassuring in the end and coming to the clear conclusion that the end result that Attack deposit with their tracks is something unique, is something entirely their own. It’s their stamp. A stamp that gives them a place in the pantheon of the great.

Mysticism, lyricism, mystery, darkness, anxiety and emotion are not concepts and traits that simply come together -as features or as results- in the songs of this release. They are concepts and characterizations that get their true meaning, which culminate in absolute degree in the work of BLACK SWORD THUNDER ATTACK.

Let me make an effort to refer separately to those elements that play a major role for me in this band and its work.

The guitars. Yes. The band’s guitar portrait is clearly influenced by LORDIAN GUARD and WARLORD, not a mere unconscious influence like the ones passed on to any musician. Here we have a conscious study. But be careful, study, not memorization and mimicking. The Lordian style with its renaissance concerns and circular and recurring themes exists and is rendered with surprising accuracy. But next to all this there is a very specific personal guitar style endowed with the clarity of the main themes –make the effort and listen to all the basic verses one by one that are here to understand what I mean-. And there is this brilliance in the solos which makes them sound like small, redemptive crescendos, and this very specific approach with the right notes on the right themes, rhythmic and solo, that will bring this mesmerizing marriage of epic melancholy, nostalgia and agony to the forefront. So it would be a great injustice to describe all this guitar wealth just as “Lordian Guard worship”.

The keys play a major role in the sound of the material. They are endowed with the utmost clarity as their subjects can be sung almost as such. They carry a conscious dungeon synth aesthetic and insist on a minimalism that acts disarming. In a few words you can forget the title of the song for example but not the key melodies. Melodies that will under currently wrap every guitar theme that exists in each track will emphasize points – such as the introduction of “Don’t Hear the Sirens” but mainly in the evolution of its basic verse, reflecting the sound of the siren that hypnotizes you towards death.

The vocals and the vocal melodies. It is impossible for me to manage such inspiration. Vocal melodies literally make every piece their own, following the perfect harmony with the small wonders of the other instruments. The singer’s tone will be engraved in memory from the first listen. And here is the persistence of disarming clarity on every subject, every vocal melody. Once again under a minimalist mindset that shows you that with the absolutely essentials you can create miracles if you have the talent to do so.Listen closely and pay attention to the second voices, hear the endings of the words that seem to be getting lost in the whirlwind of the music: a characteristic feature and ultimate integral part of the black sword’s aesthetic, which is a link to the demo era of the band and the vocal approaches of the time.

The lyrics. In the case of BLACK SWORD THUNDER ATTACK the effect of the lyrics on the set is crucial. Absolutely clear, no symbolism. Scary forwardness. But the words have never exerted such dynamic on an epic track believe me. How each song has been sung separately also plays a role, listen carefully for example how the simple phrase “We can’t remember how they came to reign of evil” is sung on the “Evil Sorcery” track, a mere reading of the verse, but even a mere hearing of the interpretation is enough to be transmitted to you -pay attention: not to listen, but to be transmitted to you as an experience- the despair of the one who fights with an unknown enemy.

The atmosphere. The overall atmosphere in the material is unobtainable and is basically the most striking feature here. To my ears and to my soul the songs by this band capture “Epic” to its fullest. The descent into the fires of hell, the battle with the unknown evil, the conscious course to the final showdown that will only result in death. The message of total loss. All this is given with notes, with lyrics, with performance. The completely lyrical deposit through the light of a special and particular epic mysticism that meets its completion through the music of this band.

All four tracks of the release are epic (“Don’t Hear The Sirens”, “Evil Sorcery”, “Messenger”, “March Of The Damned / Through The Fires Of Hell”). A special place for me is taken by “Messenger”. A small masterpiece endowed with all of this 70s nostalgia that you find in those small, yet great albums of the era trying to approach the epic, not necessarily thematic in every case, but mainly through composition and performance. The emotional narrative form of this particular song that unfolds slowly, revealing its magnificent epic existence, leaves me truly speechless. I place this piece on the same or perhaps an even higher level with institutional tracks like “Secret Of Steel” or “Black Mass”.

Some last thoughts for closing. This specific release is of historical importance and we will be seeing and discussing it again in the future.

I don’t even want to hear about freshly cut epic little bands again, since “March Of The Damned” is out there.

The music of BLACK SWORD THUNDER ATTACK is not for fun or entertainment. Here we deal with education of the soul: This is the real sense of the Ancient Greek word “Ψυχαγωγία”. 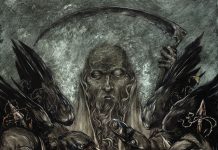 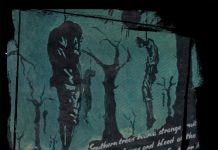 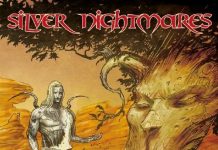