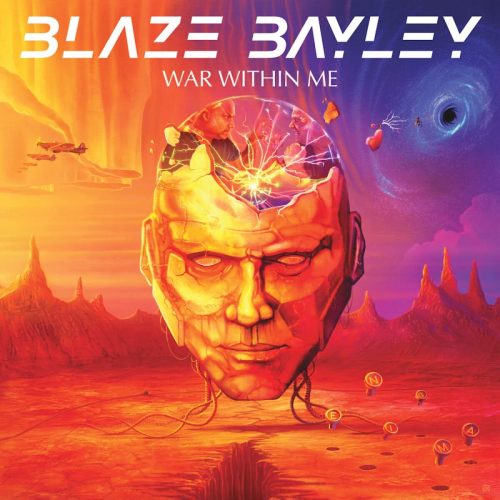 Blaze Bayley was blessed to be the frontman of Iron Maiden and was cursed to live with it under the shadow of Dickinson and Di Anno. Said that all of his career some would say that could be fit in this phrase…but let’s be honest that cannot be true. Blaze has already 21 years of his personal career plus the Wolfsbane years so it would be more than unfair to claim such words for him.

My first hearings of his new effort led me to wrong conclusions. I thought that the guitars were way to high and in front in the final result and beyond that the riffs or the solos wasn’t something extra ordinary. Yet as I listened to it over and over through the last two months the compositions grew inside me and I have to admit that the album is more than 100% worth to explore.

As Blaze feels comfort narrating stories based on sci-fi and philosophy (check the titles of the trilogy “The Dream of Alan Turing”, “The Power of Nikola Tesla” and “The Unstoppable Stephen Hawking”), now that he has the help of his guitarist Chris Appleton things are getting more than just well for him. The melodies are dominant and I really feel guilty for not understanding how great work has been done here. As for Blaze, he is like he has unchained his ability to stand epic and passionate without sounding sorrowful or dark.

Probably “War Within”, his 11th studio album (if I’m counting right), is one of his finest moments featuring excellent ideas, simple structures, grande choruses and stunning melodies. “Pull Yourself Up” is a made to sing a long hymn-even its guitar melodies-, “Warrior” is like jumped out of Maiden’s “The X Factor”, “18 Flights” is a pure rocker, “303” is rather easy for Blaze to write similar tunes, yet is a nice song that is a homage to the Polish pilots of WWII, “Witches Night” is probably my favorite, “The Power of Nikola Tesla” is one of the best compositions Blaze wrote and sung ever, while even the closing ballad “Every Storm Ends” is essential. 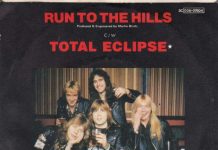 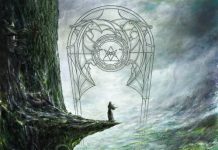