30+ years ago probably a release like “Loud And Proud” would be big news. But a couple of hours before entering 2020 I know that not so many Blitzkrieg fans are out there, unfortunately, and besides that the material of the EP is rather weak if you are not an ultra fanatic of Brian Ross & Co. Please count me in, but I think most of our readers will just pass…once again unfortunately…Anyway here we can find “Loud And Proud”, “Without You” and “Falling Into Darkness” that were also in their “Judge Not!” studio full length, even if the last two ones are in different versions than the ones we hear on the studio album. “Without You” is now with Brian Ross on vocals (in the studio version we hear Ross’ son Alan behind the mic) while on “Falling Into Darkness” we can hear some orchestral parts added here.  There’s also included a re-recording of “Together (We Are Strong)” (taken from the “Theatre of the Damned” studio album, 2007), plus 2 bonus tracks from the Japanese edition of “Judge Not!”, “After Dark”, an original song from Blitzkrieg and the cover on Alice Cooper’s legendary “School’s Out” that was released as a digital single earlier this year.  Are those enough to make you buying it? It’s up to you after all… 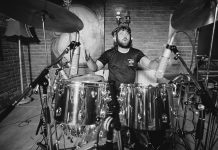 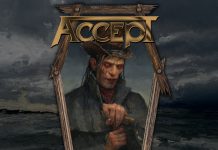 Carcass: Listen to a new song