The Blues Pills present us their debut album and probably you already know them by now. The flowering of psychedelic rock and 70’s nostalgia in the music industry gave them a push already and they made a little buzz around their name. Nuclear Blast has already signed them (The label smelled an economic opportunity in the genre and signed also similar bands like Orchid and Witchcraft).

The first time I heard the album I felt a little excited to tell you the truth. The album is really a time machine back to 70’s.And it “stinks” Woodstock. The cover, the logo, the production, the guitar sound, the voice are all references to that decade. Mrs. Elin Larsson will remind us the voice of Janis Joplin and the overall style of the band will remind me of Jefferson Airplane with a pinch of Hendrix. I have already heard the album twice. In that point I would like to pose this question to our readers. Can you contribute to the evolution of the music if you faithfully reproduce and regurgitate a bygone era?
Without any doubt, the 70s gave us diamonds. It was the era that gave us almost all the branches of hard music that we hear today. As much as we reminisce the past decades we should be consistent with the present. Many names of the “golden decade” of hard rock changed their sound and evolved it. For example, Lynyrd Skynyrd evolved their southern rock to a most modern approach (by the way check out their latest album it’s a killer!). We are now in 2014 and it is not recommended to copy a style from a past decade without changes. We are not in Woodstock smoking weed (it would be cool though)! If the purpose of the album was a tribute to the decade of the 70s it would get 6/6! But I cannot give such a rating to this release.My perception of music evolution does not permit it. No offense.The album for the genre is good overall. Just i do not see anything that is actually theirs in that effort.Throw off the initial enthusiasm and what remains is actually a blues / rock band playing covers in a classy beer house.
I will not get into trouble reviewing the album piece by piece. The album is actually predictable. Sure we ‘re gonna hear a lot this year the “high class woman high class man” track and the truth is that the “no hope left for me” is a killer track and certainly many will go here in Athens to see them live as there is a growing stoner/psychedelic rock scene here!

But If Blues Pills continue in the same mold and direction they will be lost from the scene in my humble opinion, Music needs experimentation and risk. I know many will disagree with this review. This release raises questions about the music industry today, an endless chat and beer. In conclusion I will go against the tide that promotes them as “the next big thing”. They simply are not! 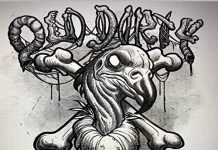 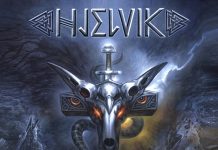