For some Sunday is the day of God, for others is football day and for some others is endless headache day, because of the hangover after the Saturday night out. I have also met some mad people who do all three religiously. For me it means a lot of work and endless writing at the office until late in the afternoon and a movie for the two chill hours I allow myself as a humble luxury before I leave for the factory and the night shift that awaits. So, I watched a rather lightweight music movie lately, “Yesterday”, directed by Danny Boyle. The plot is simple and in its simplicity I consider it smart and very romantic. The hero of the movie wakes up in a world where everybody besides him ignore the existence of the Beatles. Imagine a world where the songs “Eleanor Rigby”, “Day Tripper” or “Yesterday” never existed. And there is only one person in the whole world who remembers the Beatles. Jack is a singer – songwriter who lives in a small English town and his dreams making a career in the music scene are starting to disappear despite the dedication and support of his childhood friend, Eli. This gives him the opportunity to take advantage of people’s ignorance and to become famous by presenting the songs as his. Even though it’s a nice idea, the movie didn’t manage to keep me for a long time with it, maybe because all the time I was thinking this was bringing in mind Burner. No, these guys have neither deceived anybody, nor do they stand on someone else’s back. It just came to me as a story – possible – impossible scenario for some movie – which is taking place in the English Midlands, the birthplace of heavy metal and some great bands like Zeppelin, Priest and Sabbath. There, in the beginning of the ’80s a group of young locals are fanatically listening to heavy metal and trying to make their own dream. After their involvement in a van accident during a black out, they will wake up to discover that Black Sabbath, Judas Priest and Led Zeppelin never existed and then they will face a weird problem.

Our heroes will try to introduce the songs of these legendary bands to the world, through organizing concerts. I know it sounds crazy and completely unrealistic. Mostly because Burner never made a name of themselves, not because they were shadowed by giants, but because at this time there was none with common sense (how did they go under the nose of Neat and Ebony’s hounds?) to sign them for a studio record, while they were carrying weapons like Savage Killer and Lay Down Your Arms that appeared in the in the 7inch entitled “Savage Killer” from Zerlinda Records in 1982, cut in 500 copies. For sure the many lineup changes during the 1982-1984 period was a factor, while their absence from the Ebony Records compilation in 1982 was another blow to their dreams and their recognition.  Andy Richards – Guitars, Kevin Pipes – Bass and Steve Peach – drums started out as Savage Dogs in 1981 and played a mixture of heavy metal and punk until in one live show their next singer-to-be suggested himself to take over the mic. Almost immediately they changed their name to Burner. At that point they were looking at other local bands like Witchfinder General, Cloven Hoof and Diamond Head continuing the tradition of the city, but also of the greater region filling with pride the fans of this music, but they had to wait for another 25 years until High Roller Records signs them and release their new work.

Hammer of the Gods 7inch came out just in 2007 and contained three pieces: Hammer Of The Gods, Time Is On My Side and Old Enought To Know Better. The recordings were made far away in 1984, but this couldn’t take out anything from the magic of the songs. In any case, a characteristic of all who stay on the top is that they stand proud and unaltered against time. Musically, you will find a lot of similarities with Judas Priest, since Rotherham’s voice brings in mind the great Halford, at least his 70’s days. The guitars are sharp and the riffs are sticking in your mind and even though it is completely N.W.O.B.H.M. in style, the title track especially has an epic aura with the galloping rhythm part. Nice and well remembered choruses, well-crafted compositions, youthful enthusiasm, warm sound, great riffs, all of that were not enough to put Burner in the roster of some record label, but it was more than enough to put them in the hearts of the N.W.O.B.H.M. fans forever. Next year (2008) they released a full length studio album entitled Ressurection,that unfortunately went unnoticed, even though it is a decent one. 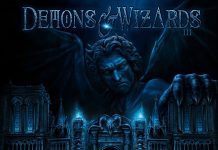 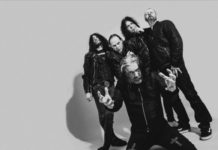