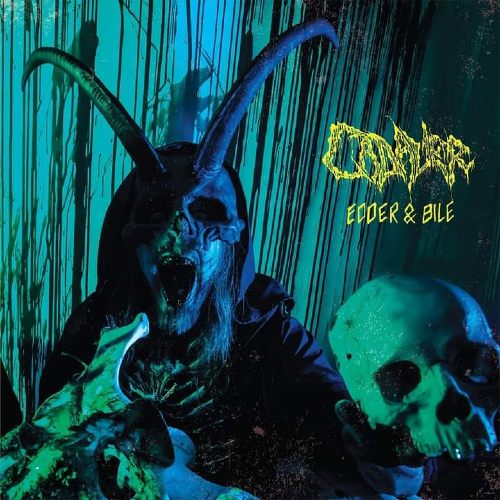 Probably the comeback of the year has a name. Well two names actually and Edder & Bile they are. Cadaver’s new album and first release in 16 years has everything an extreme metal fan wants and needs. The band claims that they had been working on the new album for almost six years. The ten compositions of the album are really strong with solid sound and excellent structure. The riffing brings in mind early Carcass, the pummelling drumming from Dirk Verbeuren (known from his work with Megadeth, Tronos, Brave The Cold among others) brings a fresh air and the Death-like in the veins of Schuldiner tremolo picking and the brutal a la Repulsive vocals are here to remind us why Cadaver marked with their glorious two first albums the Norwegian scene in the early 90’s and why I miss an album so much having songs as the ones featuring on my favourite “Discipline” from 2001 (under the moniker Cadaver Inc.).

Even though Andres Odden is the only original member still the band have kept its characteristic sound. “Edder & Bile” is raw yet technical, with several Thrash Metal nods, furious still melodic when needed, old school, harsh and explosive. Kam Lee’s (“Feed the Pigs”) and Jeff Beccera’s (“Circle of Morbidity”) guesting adds a bit more ferocity to this ultra morbid gem. Definitely in my top 12 albums of the year list.

Highlights: “Reborn” (with the most twisted and Black Metal elements song of the album) “Circle of Morbidity”, “Feed the Pigs”, “Deathmachine” and my personal favourite and closer “Let Me Burn”.