The manifestation of pure doom metal! Candlemass have come full circle: their first singer Johan Langquist (who left the band after singing on the legendary 1986 debut Epicus Doomicus Metallicus) has returned! Now, the epic doom metal veterans announce their 12th full length album The Door to Doom! The album will be released February 22nd via Napalm Records. The Door To Doom unsurprisingly follows the plotline mastermind, songwriter and bass player Leif Edling established in the past years: epic world class doom metal that relies on slow mammoth riffing. With Johan Langquist`s highly dramatic vocal style and the love for details, the band made this album to the next “Epicus”. This masterpiece is rounded off by a beautiful guest appearance by none other than Black Sabbath`s Tony Iommi on ‘Astorolus – The Great Octopus.’

The Door to Doom Tracklisting: 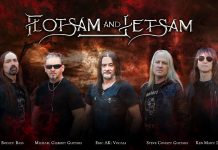 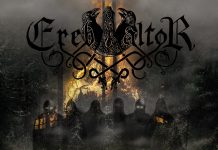