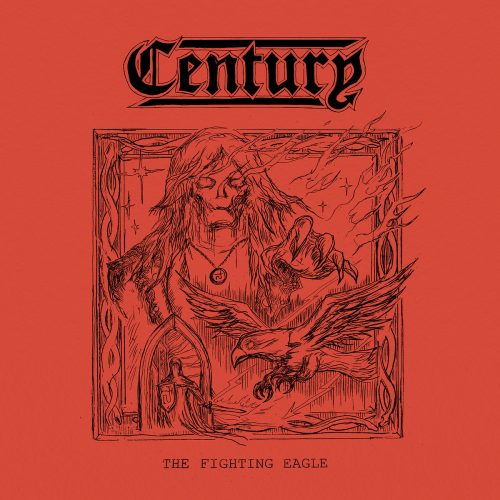 Hailing from Stockholm Century introduced themselves in the winter of 2020 with their self-released MMXX demo via Electric Assault Records/ The End Times Recordings. Whoever read the lineup of the band may recognize the names of this brilliant duo: Staffan Tengnér from Speed Thrashers Tøronto and Leo Ekström Sollenmo with an impressive appearance in traditional Heavy Metal Lethal Steel, Death Metal act Temisto -with the awesome 2016’s s/t album -and also in Tøronto along with Tengnér. Century will bring in mind Lethal Steel definitely, but their influences go deep into the very depths of the underground music movement of the FWOSHM such as Onyx, Jonah Quizz, Parasite, Gotham City, Legend, Witch but also modern bands like label mates Tyrann or Helvetets Port and so many other cult heroes.

Their first single from their upcoming debut full length is an ultimate threat for the lazy ass of those that believe that the spirit of the 80’s has died. Well timeless Heavy Metal is praised with such marvelous releases as this certain 7” single. “The Fighting Eagle” takes your head by storm with excellent guitars. The band’s cover on the obscure Swedish band Witch track, “Still Alive” (originally written and released in 1983) is exclusive to this limited edition 7″ and unveils the origin as also the nature of their sound. Their upcoming debut full-length, entitled ‘The Conquest Of Time,’ will come in early 2023 on Electric Assault Records/ The End Times Recordings and the first signs showcase an instant classic from the catacombs, a cult gem of the genre that will blow our minds…