The Circle Music proudly announces the release of Chaostar’s masterpiece “Threnody” for the first time on LP. Among the classical track list, there will be a new bonus track. “Threnody” will be strictly released in a limited edition of 500 copies as Double Gatefold Grimace Purple Colored LP and pre-orders start now!

A few words about this unique band:

CHAOSTAR wishes to be the experiment in music.

The band has been born out of Christos Antoniou’s deep desire to create music that has a more Classical approach.

The guitarist emerged internationally as one of the founding members of Greece’s leading Dark Metal band SEPTICFLESH, which was founded in 1993 and nowadays stands among the leading bands in Symphonic metal music.

When SEPTICFLESH released their single “The Eldest Cosmonaut” in September 1998 it clearly took a step towards Classical music within a Metal context. The ensuing success inspires Christos and his band mates to create a project parallel to their main band in order to pursue this course further. This project becomes known as CHAOSTAR.

Although Christos is clearly the driving force behind this new formation, which focuses on an amalgamation of Classical and experimental music, all type-setters of SEPTICFLESH take part in the development of the compositions. Christos holds the reins firmly in his hand and coordinates the interchange of brilliant musicians from the Metal as well as the orchestral side.

This timeless confrontation of different styles gives rise to a music full off emotions as well as evoking and moving them. On top of this, vocalist Natalie Rassoulis, a divinity seemingly coming from another time, throws in her ever growing talent to touch the depths of our inner beings. After their self released first output “The Underworld” (2000) Chaostar signed a deal with French label Holy Records who releases “Chaostar” (2000), “Threnody” (2001), “The Scarlet Queen” (2004) and finally the compilation “Underworld” (2007).

After that, Chaostar signed a deal with Season Of Mist. The new album “Anomima” (2013) was the dynamic come back of the band, exposing all the experimental intentions of the leading composer. The mass of classical and dark ambience is in a primitive dialogue with ethnic and electronic sounds, aspiring to magnetize even the most demanding listener. Six languages are used in the songs of “Anomima” stretching more the limits of creation, exploring even deeper the final results that the every culture’s language can add to the songs. Inspired by the idea of free will and self -exaltation through sacrifice, the album aims to leave the listener with a bitter-sweet taste awakening the emotional tension and grief that lays inside our hearts. Traditional instruments such as Yiallil tambur, Kaval, Oud interact with the Filmharmonic Orchestra and Choir of Prague under the veil of operatic and eastern vocals. Chaostar’s presents a dark ritual of controversiality where music is a means and the listener becomes the transformed object. Chaostar was honored to have as guest vocalists on this album David Vincent (Morbid Angel) and Fernando Ribeiro (Moonspell) who added their distinctive color on two songs, taking the ambiance of “Anomima” one step further.

Five years later (2018) Chaostar once again changed direction diving into more ambient pathways, not daring to experience with new sounds. Under these circumstances the new album “The Undivided Light” was born. This time it was David Castillo, known for his work with bands like Katatonia, Bloodbath, Opeth, Eluveitie, who carried on the mixing of the album. Press and fans reaction was more than positive and everyone stated “The Undivided Light” as the most completed album so far.

On June 2020 Chaostar started a new chapter on their career by signing a deal with The Circle Music, being the first artist at label’s roster. A new album will be appeared in 2022. Meanwhile, The Circle Music will rerelease the first 3 albums (“Chaostar”, “Threnody”, “The Scarlet Queen”) for the first time on vinyl. Self titled debut album was released on 14th of September 2020 and now is time for “Threnody” – the album that made Chaostar well known around the world- to be released on LP. 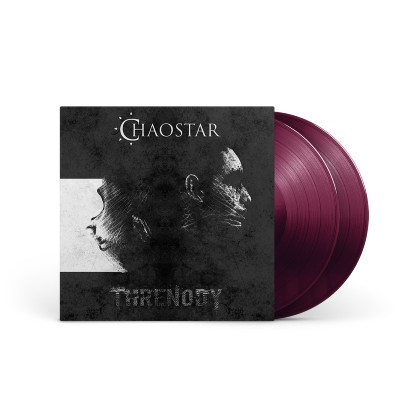 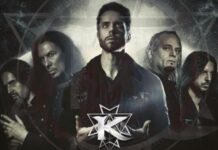