Don’t try to lie all you N.W.O.B.H.M. aficionados, that you know the name Chaser, however at the same time, for the ones that do know them, these guys probably mean a lot to you. Of course not so many actually have a copy of their famous, almost cult, 7” single release ‘Raiders’ b/w ‘Final Stand’. Still there’s nothing wrong about it as we all know how all these items are overpriced trying to rip off the worldwide music collectors.

Initially formed under the name Stormchild in 1979, by bassist Kevin ‘Bodge’ Rogers and guitarist Gary Smith, the band changed their name to Chaser after some lineup changes (Gary Smith left shortly after to join fellow Ipswich-based rockers Woden Forge, Kevin Clark joined as lead guitarist, Phil Eden joined on rhythm guitar and lead vocals, Adrian Scofield on drums and finally Steve Baker joined on lead vocals) the band decided to stop being a cover band and start focusing on writing its own material. Until 1982, Phil left and was replaced by rhythm guitarist Nik Wilding, and drummer Paul Read took over from Adrian Scofield, while drummer Clive Richardson was the last to join the band in 1982, followed by Adam Shelswell that took over on rhythm guitar closing the lineup changes. For the record, a small trivia, when the band decided to change their name, two other possible names considered at the time were Triton and Warrior, but Chaser got the majority vote.

Chaser members never claimed that were in an N.W.O.B.H.M. band. These guys played hard rock, top notch late 70’s-early 80’s hard rock, with the galloping riffs, the melodic guitars, the catchy choruses and the live recording feeling. But back in the day, music press was so importunate that band couldn’t ignore their pushy ways. Everyone should be categorized as the Market required, something new, a new trend for the consumers. But in 1984 it was already too late for N.W.O.B.H.M… Things had been changed so rapidly that Chaser’s 7” single never had the attention that its quality demanded. Two out of four recordings from July 1984, ‘Raiders’ and ‘Final Stand’ managed to get in the infamous single. The other two tracks from the original session that have been lost were ‘Light Of The Night’ and ‘Riot In The Streets’.

In 1985 they recorded ‘Bad Lover’, ‘Chaindriven’ and ‘Crucifix’. These 3 songs shows the songwriting skills of the band and certainly a great Iron Maiden influence. After 5 months, in February 1986, another 3 songs were recorded in The Lodge Chaser. ‘Dressed For The Kill’, ‘Salute The Warrior Queen’ an 8minute Maiden-like epic song about Joan of Arc and ‘Sudden Break’. Their final demo was recorded in April 1987 as Dave ‘Bock’ Bowden replaced on guitars Adam ”Shag” Shelswell, that moved as a vocalist and replaced Steve Baker that had just left Chaser. With the brand new once again lineup, they recorded seven tracks (‘Octopus’, ‘On My Own’, ‘For King and for Country’, ‘First to Fall’, ‘Tragedy’, ‘Dressed for the Kill’ and ‘Backstreet’) plus a re-recording of one of the 1986 songs, ‘Dressed For The Kill’. It wasn’t that long after the 1987 session that they broke up. As we mentioned before it was already too late for N.W.O.B.H.M. heroes in 1984, so consider how more difficult was in 1987…

With this collection you can finally get one of the best kept secrets of the N.W.O.B.H.M., which Chaser is. The Ipswich, Suffolk (Cradle of Filth’s hometown) based band finally achieved to get its songs published properly with the great help from Bart Gabriel. This would never happened, and without his help the 15 songs would stay buried probably for another 30 years. The limited edition CD, entitled “Raiders – The Anthology”, which includes all the 15 tracks, now presented with a new dynamic mastering by Bart Gabriel for the cd version (CIRITH UNGOL, MYTHRA, SATAN’S HOST) and remastered and specially mastered for vinyl edition by Patrick W. Engel at Temple of Disharmony. 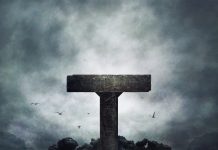