Crusher’s debut is a History printed on vinyl. Don’t get upset…I know what I write…Corporal Punishment is not a pioneer or an album that led the way. Definitely not musically but in terms of intentions and driving evolution, the French Metal scene was never the same after that. Loudblast was certainly the pioneer along with Massacra, still Crusher even though not so sophisticated yet with social/politics themes and more hardcore/thrash inspired, was also among the (lesser) names -that gave a hope and a motive for underdogs- and that changed the stereotype of Heavy Metal coming from France being 100% traditional based on Judas Priest/Iron Maiden influences sometimes on 45rpm or even faster. This great country has given birth to so many huge bands like Sortilege, ADX, Blaspheme and many more but the extreme sound was kinda like walking on the sidewalks.

Founded under the name Frayeurs, hailing from Mulhouse in eastern France as a hardcore punk band, the quintet debuted with Frayeurs or Die (1989) demo. The following year A Step Forward? (1990) demo was a weird mixture of crossover thrash and some hints of the first wave of black metal elements blended with some death metal parts. It was with Collective Hypnosis (1991) demo that they changed their route and started to create their personal sound on death metal in the veins of Napalm Death among others. They changed their name and developed their sound that turned into this monster; this fine example of criminally underrated LP, the excellent  Corporal Punishment that was originally out on via small French label of Semetery Records on cd (house of Loudblast too). But it was also a Noise Records release, on both 12” vinyl and cd. Probably no one expected this gem coming out of Noise Records, the legendary German label that was an expert on signing Teutonic power masters or experimental pioneers like Coroner but had no big Death Metal catalog or experience on this sub-genre (well Celtic Frost was a different and special chapter of its own…).

Crusher musically speaking were a typical band of its time and had nothing innovative but their music was given with great intensity, excellent passion and their talent was more than obvious even to unfamiliar with extreme genres fans. The French were brilliantly mixing the old school foundations of Obituary, early Death and Autopsy with Napalm Death, who by 1992 had already released the ultimate Harmony Corruption and Utopia Banished leaving behind the punk/grind days of Scum. Their fine mixture of battering and short death/grind songs alongside 4-6 minute death metal barrage of riffing was simple but compulsive. The album has a variety of tempos playing with faster and mid tempo rhythms while the riffs have simple creeping moments being effective and addictive in songs like Action Speaks Louder Than Words, “Immigrant Exploitation, Modernism Keeps Killing or Adventure for Sale. You can hear many influences from Benediction or early Suffocation, Gorefest and sometimes Massacre. Don’t also forget the influence that Mercyless and definitely Loudblast (check Sense of Powerlessness and Collective Hypnosis) had on Crusher. The guitars are semi-melodic and follow a thrashing brutality motif, the drumming flirts with punk and the energy the album oozes is huge. The songwriting is simple but addictive while the songs are top notch and the guitar tone sounds like Napalm Death or Benediction. Corporal Punishment shows that Crusher were a young full of talent and thirsty band that wanted to leave their mark on the French scene and damn they managed to achieve it!

Greek independent label of Repulsive Echo Records cut it in only 300 cd copies with Sewer Grinder Records cutting it on 500 LP pieces, with revamped artwork cover designed by Giannis Nakos, making its acquisition much easier and essential for sure… 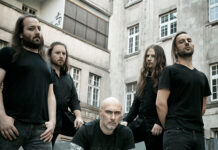 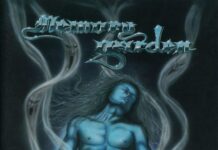