‘Enraptured By Horror’ is the debut album of the death metal project Cryptic Realms. It is an international group consisting of Uriel Aguillon (Necrorite, Rotting Away, etc.), Kostas Analytis (Abyssus, Carnal Garden, etc.), Victor Varas (ex-Tritton, ex-Dracko) and Tersis Zonato (Offal, Lutemkrat, etc.). Before that, the group reelased a demo and a split ‘Ep with spanish Astigarraga Thrower. The group name was a suggestion of Analytis, paying tribute to American death metal legends Massacre (‘Cryptic Realms’ is the second song of ‘From Beyond’).

What we have here is eight songs of old school death metal. The group is paying homage to the past, so don’t expect anything groundbreaking or experimental. Nice, simplistic riffing with a variety of tempos, razor sharp solos, distinctive vocal delivery by Analytis, great performance by all the members, in a total 35 minutes of playing. The group obviously wants to recreate the 90’s death metal atmosphere (artwork, production), but in the production section something is not right, in my humble opinion. I believe that the vocals should stay a bit in the background, while the sound of drumming should be more realistic. Anyway, in general, this is an effort that worths the attention of the death metal audience, especially those that are fond of the nostalgic, old school death metal. 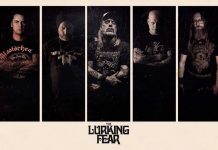