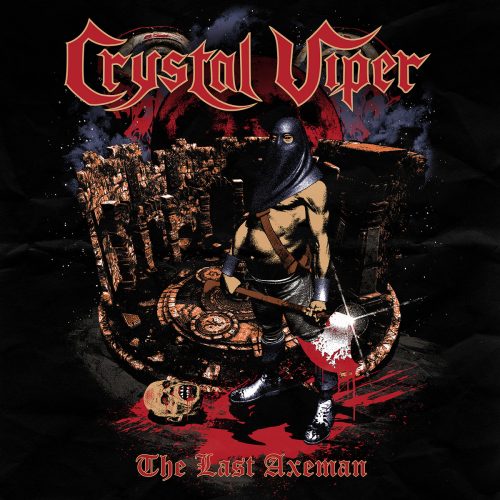 Crystal Viper are well known to all fan base of traditional Heavy Metal. Since 2007 they are releasing records and touring nonstop. With Marta Gabriel leading the pack, they have created their own fan base and they seem unstoppable. Even if you are not familiar with Crystal Viper, but you like bands as Warlock, Chastain and Huntress, you will surely find something to relate to. “The Last Axeman” is a Mini-LP and seems to be addressed more to the strict fan base of the band, aiming to retain band’s reputation. The first song is a new version of the early classic and fans’ favorite, “The Last Axeman”, followed by a brand-new song entitled “In the Haunted Chapel”, in the same familiar style of Crystal Viper. The next two songs are cover songs; “Ulitsa Roz” from Russian Heavy Metal heroes Aria and the all-time classic “It’s Electric” from Diamond Head. The last four tracks are taken from “The Cult” album, overloaded by Crystal Viper’s energy this time in their live in studio edition. Musically, as expected, with pounding traditional/pure Heavy Metal, full of epic melodies, classic riffs and guitar harmonies, ripping solos and catchy refrains, this release gets to the bone of every hardcore fan out there. Even for those noticing them for the first time, this release, will definitely get them digging in for more in no time. Fast as hell though, it won’t be long till another gem is out.