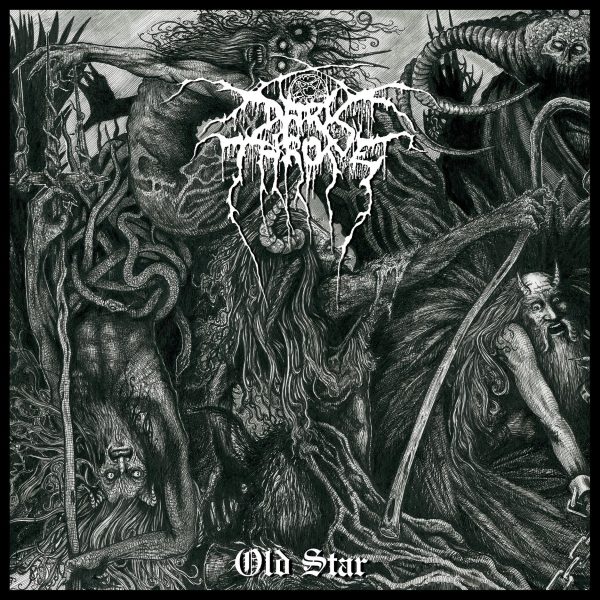 Darkthrone probably in the near future will be the new Motorhead, making Fenriz the ‘20s or the 30’s Lemmy, but until then they will still be one of Norway’s most successful (not only) black metal exports. Their last effort entitled “Old Star” is a crowd pleaser. After all not so many have any willing of bothering or take the time to have a critical disposition on an iconic b(r)and name such as Darkthrone. So it would be so easy for the profiled duet to just write a bunch of generic songs or in the veins of an old one release from their glorious past and yet no one would be unsatisfied. Fenriz and Nocturno Culto deliver their 17th studio album, a record that blends influences and elements from black metal to doom to death to thrash. This (along with “The Underground Resistance” )might be their most ‘80s influenced disc by now. Mainly for the reason that it is an album that is mostly based on riffs. 80’s riffs. There’s N.W.O.B.H.M. and thrash everywhere there’s plenty of doom but we are not dealing with Nocturnos’ or Fenriz’s treatise on ‘80s or mere nostalgia. On 38 minutes Darkthrone managed to compress a half dozen of well written tracks on lo-fi production, (s)low tempos, but definitely not low quality throughout. Moving away from the raw punk and crusty metallic sound, “Old Star” shines like a blazing broadsword with its blackened doom and N.W.O.B.H.M. riffology. It could have been cut by Black Dragon Records in the middle ‘80s with its several typical ‘Epicus Doomicus Metallicus’ riffs, but there’s more here than just epic doom as we’ve mentioned above, there’s also plenty of slow old death, and Ted has various black metal riffs as well in order to make the whole result a bit closer to their legacy and not only to their roots/influences. So now the end of this review is close you might have noticed that you’ve read so many times the word “riffs”. Still there are more riffs to hear in “Old Star“…