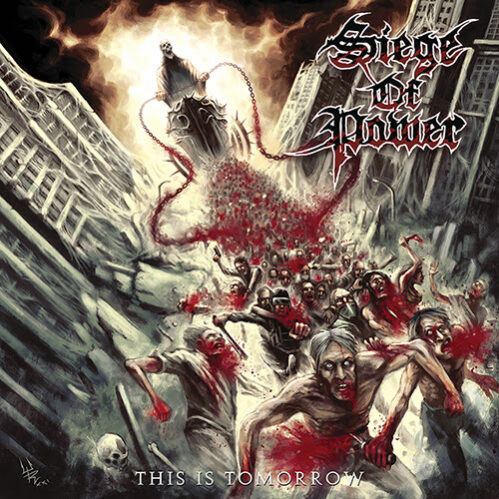 When Siege Of Power released their debut album “Warning Blast” in 2018, it was a jamming affair by four friends in the studio and nothing too serious. This time it’s different and business is for real! “This Is Tomorrow” is a tad darker than “Warning Blast” and that’s not all. Chris Reifert’s vocals are a lot more diverse giving each song it’s own identity. It’s a straight forward, rough metal album with good, old 80s vibes and reflects the dark times we are living in these days. Siege Of Power is the band featuring vocalist Chris Reifert (Autopsy, Violation Wound, Abscess), guitarist Paul Baayens (Asphyx, ex-Hail Of Bullets), bassist Theo van Eekelen (ex-Hail Of Bullets), and drummer Bob Bagchus (ex-Asphyx, Soulburn). The band is now streaming their predictably-crushing new single “Force Fed Fear” from the upcoming album This Is Tomorrow due out February 17. “We still like the debut a lot but after a few years we started talking about doing another album and then we realized we had to be more serious. So we started writing 11 songs – all killers, no fillers!”, said Bagchus. “We didn’t really rehearse, but booked a studio to see what we could come up with. Most of our inspirations on this album came from old school bands like Venom, Bathory, Slayer and even Black Sabbath. Combined with our own personal style we have for decades, of course.”

The album was recorded at Toneshed studios and mixed/mastered by Erwin Hermsen. The stunning artwork was created by Roberto Toderico.

Siege Of Power started in 2013 -under the moniker First Class Elite – as a project without any expectations. Shortly after releasing a split album it was left for dead, buried and almost forgotten until the rotten corpse was exhumed in 2017. This resulted in 19 no-nonsense extreme metal tracks mixed with several doomdozers and the debut album “Warning Blast”. 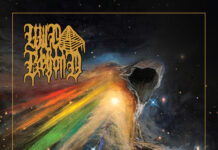