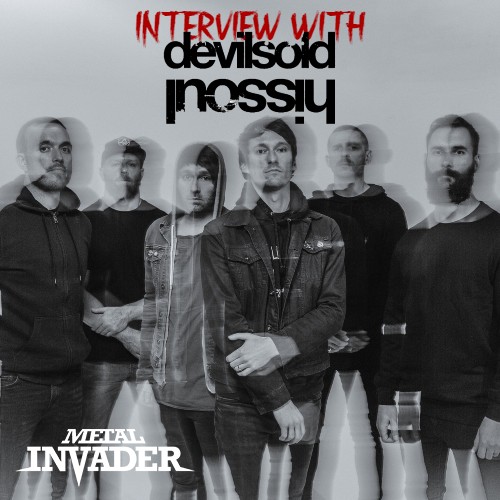 As this is our first talk and band’s presentation to our readers, give us a small idea of the band. I mean …. who are Devil Sold his soul?

So … we started the band back in 2004. Till now we have released 4 full lengths and 2 Eps. It’s hard to define who we really are and what we exactly cope with, but overall I guess we are a metal band.

Can you recall your first interaction with music? Describe us a bit your music path until Devil Sold His Soul’s formation.

Music came into my life while starting playing the guitar, back when I was eleven years old. Then I joined some school bands, and finally Devil came about. I was friend with Johnny’s brother and I was big fan of his previous band. When they formed Devil Sold his Soul and were looking for vocalist, eventually Tom just suggested me to his brother and that was it, been there ever since.

What about your influences? Is there any specific band that defined who you are, as a musician I mean?

As a teen, nu metal was really big at the time, but I was never super in touch with that, so I was fonder on were bands like Hope Conspiracy, that changed my mentality towards metal music. Bands like this made me discover what metal music really means to me, more emotive stuff in a way. Of course later on with bands like Cold Funeral, also influenced me on what I can do with metal, then it got really direct for me.

How did the band (and you in a personal level) cope with this entire Covid situation?

That was kind of weird actually, we were finishing our record until the end of 2019, the music was done and we had to get in the studio in early 2020. Paul and I were practicing for the studio, went into there, pretty loud, just figuring out how we would like that to come out. Covid though hit us in early March, changed our plans, I had also been infected so that held me back… I had to regain my strength! Wasted our time in any case, cause we couldn’t get in the studio anyway. So we recorded vocals in a couple of weeks. Since you ‘ve finished, we had just started looking for a label. So we had to organize everything, even photo shooting, through the pandemic, it was tough! It is difficult, you know, there is also socializing stuff that needed to be done, it’s the contract, its everything, we did some music videos too. Actually it was an interesting path. After all we had more time to focus on this one, so this was a helpful thing for a change!

Your new record ‘Loss’ is actually out, could you enlighten us a bit about your new material and its writing procedure?

We started writing in 2018. Kind of a slow start I think. We were writing slowly, partly cause of us working, and sending things back and forth, we all live apart from each other. I live in South West in Bristol, and then John leaves on the East coast, in Essex, and others here and there. The year we started writing this one was really different than in the past, I felt in a way it wasn’t working at all. Everyone had a different schedule, you listen to something and then you interrupt that by working or doing some social stuff, you know… So I think it was at the end of 2018, if not early 2019, that we decided to stop this nonsense and you we devoted some weekends to meet in person and write in a central place in between almost everybody, we actually booked a hotel there and all. Right after doing that we found out that we were far more productive. We were actually doing that pretty much every weekend. Even being together, hanging out after practice helped, cause you know we were talking about the album. This way we did far more work and things got easier and quicker, once realizing you own it and that it starts working out. But after a while we started again sending things back and forth, missing each other spots of creativity. Anyway, for sure when you are mentally in a better state, you tend to be more productive. Triggering part also was vocals, as I hadn’t done anything like that before, I mean it’s difficult to work out something collaborative.

This is your fourth full length, if I’m not mistaken and the first (actually) with both you and Paul, on the frontline. How did this experiment, let’s say, worked out?

It was quite fan. I think if Paul and I weren’t getting along really well after all 10 years of shows and stuff, that couldn’t have gone so well. We were really close by the time we did actually those shows together, singing together, that was quite a warm up for our close relationship and music co-understanding. I think we are both introverted people, there wasn’t really much ego to be stepped on, both of us agreed you know… when something sounded great… I think there was mind sense so it worked out really smoothly. It did felt weird sharing our songs to each other, but that was rather productive for both. We were asking each other if we wanted something to sound differently or if we had any disagreement about the outcome. It was quite easy even though we were trying to do everything right, I mean sticking to details.

Are you guys confident with the term “Sophisticated Metalcore” that is often used to describe the band? Is it something that truly characterizes Devil Sold His Soul?

I feel weird about this. It is always difficult to define your own music style, and it is even harder when others make these assumptions. When it comes to classifications, everyone is going down these rabbit holes…  If we say that we ‘re a post hardcore band, some will oppose to that, yet again, if we say metal core, again some will say that this is completely incorrect. So maybe we ‘re just a heavy band playing just music I guess [laughter].

If you had to pick one song of yours in order to present band’s signature (style/sound level), which one would that be and why?

More indicative of us I think would be “Witness marks”, or “Burdened” (track of the new record), maybe because they have more of a classic flavor, resembling to our past material I guess. Though the latter has some elements that are brand new, never tried them I mean before, having at the same time mostly the feel that people might expect from us.

Do you distinguish any specific track from your new material? Kind of favorite I mean?

It’s a really hard question that always. I think If you divide your material by appointing parts that are better than others it’s surely like ruining the appreciation you have for the whole outcome.

Is there any chance for Devil Sold His Soul to visit Greece when this whole pandemic thing hopefully goes away?

First thing is we ‘re still locked up, but most important is if anyone will bring us over, that’s always the thing. We’re actually looking at booking some UK shows in early 2022, and we ‘re just waiting and see how things are going to be, cause everything is unknown at the moment. There is so much nonsense going on at the moment, no one knows how this is going to affect everything, so you can’t really plan anything. It’s going to be a weird year this next one, with touring and everything, cause everyone is going to have missed out one or two years of touring… so live scene It’s gonna be crazy. Here’s what troubles me, you can’t stop it, it’s gonna to happen, but people won’t have the money to spend likewise pre- pandemic let’s say times.

The floor is yours …

If you guys could check out Loss that is finally out, would be amazing! If you have the chance step on it!

We surely will do! Thank you again for your time and this interview Ed!

Thank you for your time! 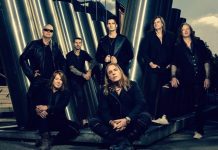 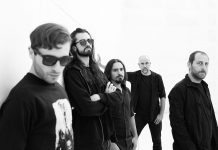