The wait is over! Ziltoid the Omniscient returns after years of absence and this time he is a friend to humanity and intergalactic sensation! I see nothing wrong with that picture!

It should be clear to everyone by now that Devin Townsend is a mad, creative genius. “Z²”, a double album including a new Devin Townsend Project album titled “Sky Blue” and the long-awaited sequel to his 2007 magnificent solo album “Ziltoid the Omniscient”, is yet another proof of his remarkable talent as a musician, song-writer and artist in general. “Z²” is actually a much larger project for Devin, 7 episodes of Ziltoid’s own “Ziltoid Radio” have already aired and he plans to follow the album with a TV program, a live show in 2015 and a graphic novel, before taking a long hiatus. This has become kind of his magnum opus and the high quality of the material presented here is undeniable.

First things first, “Sky Blue” has everything we’ve come to expect from a Devin Townsend Project album. If you are unfamiliar with the band’s work this mostly means a mix of a wide variety of music styles and genres, ranging from fast heaviness to a general ambience. For all its musical diversity, the record manages to maintain an engrossing atmosphere from beginning to end and to hold true to the band’s unique sound.
The Universal Choir is recruited (actually consisting of fans’ vocals!) in the amazing “Before We Die” and Anneke Van Giersbergen returns to lend her beautiful, otherwordly vocals. The production is flawless, the music is as well-written and emotional as ever and while I do find myself enjoying their ambient side a bit more (in songs like “Rain City” and “Forever”), strong, heavy tracks like “Fallout”, “Silent Militia” and “A New Reign” complete the album in the best way possible. “Before We Die” & “The Ones Who Love” could not have been better chosen to bring “Sky Blue” to an end. It’s a superb album that demands numerous listens and rewards us generously, but it’s only half of what’s being offered here and the other half is even more interesting…

I honestly can’t stress enough how much I love 2007’s “Ziltoid the Omniscient”. It was a perfect blend of story, humor, great music and (of course) bat-shit craziness and to this day it remains one of my favorite albums. It goes without saying I expected MUCH of its sequel and it really delivers!
The album opens with “Z²”, the intro of “Ziltoid Radio”! It’s a great opening, it’s epic and it’s backed by the Universal Choir in an impressive arrangement. It’s the perfect introduction to “Dark Matters”, the continuation of Ziltoid’s story and an album worthy of its legacy. This time Captain Spectacular(voiced by Chris Jericho) is a friend to the beloved alien, now helping humans and protecting of Earth…and after I mention Dominique Lenore Persi’s excellent performance as the War Princess that’s as far as I will go concerning the story, it’s brilliant, hillarious and chaotic and I wouldn’t want to spoil it for anyone.
Significantly heavier and more chaotic than “Sky Blue”, the record showcases great musicianship through a strong rhythm section, complex arrangements, fast riffs and crazy vocals with the Universal Choir, the narrations and dialogue keeping us invested in the story the whole time. Highlights include “Ziltoid Goes Home”, “March Of The Poozers”, “Earth” and the epic closing track “Dimension Z” but it would be unfair to exclude all the other awesome compositions since there really is no filler here. It’s a great story, more importantly a great album and the music is much more brutal than a lot of previous DTP works.

This double album is just astonishing work and necessary to every fan of Devin Townsend and His Omniscience, Ziltoid. “Sky Blue” is impressive and the Ziltoid saga overall seems to be Devin’s baby. He’s getting some well-deserved rest after the live show and the completion of his project in 2015 and “Z²” should be more than enough to keep us feeble humans going until he returns. Highly recommended to fans of open-minded insane music and alien conquerors, best enjoyed with a (compulsory) cup of good coffee. 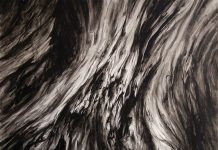