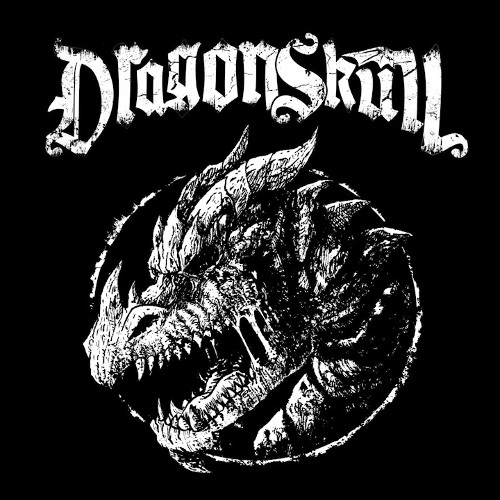 Genre: Heavy/Epic Metal
Country: Greece
Label: –
Year: 2022
Dragon Skull is a new group from Athens. The members are Ares on vocals, Chris Brintzikis and Panos Wallach on guitars, George Voudouris on bass and Theo Stamatiades on drums. Even though Dragon Skull are at the beginning, you understand for sure that their members have experience and that is not the first band to play music. They do not make mistakes of inexperience, especially in the composition of the songs. Τhe tracks are very well structured and the playing of the members is very satisfactory. A second conclusion is that they are primarily fanatical music fans who decided to play. That is, they have a wide range of influences that have managed to fit together harmoniously, so that the final result condenses many types of heavy sound. Τhere are melodies influenced by Iron Maiden, epic aesthetics modeled after Manowar, synthetic aura reminiscent of Omen and vocals with direct reference to Grand Magus. Grand Magus are exemplary in how they matched the heavy with the epic and i think Dragon Skull are doing something similar. They definitely have a heavy metal base but the texture of the compositions in combination with the rough vocals, give an intense epic feeling. I think that was their intention in the first place because they seem like experienced musicians who know what they want. The first sample is particularly promising, we are also waiting for a full length release to have more certain conclusions.