Drama Noir seems to be in a creative mood and this is something that makes us very happy. Last year’s “A Necromancy Lore” left the best impressions and the band seems to try to get the advantage of this favorable momentum. This time they are releasing a split with the German act Morgenröthe, where each band presents 3 compositions. Drama Noir made many significant changes to their sound in their release last year. Here, they seem to continue where they left off with “A Necromancy Lore”. Solid black metal vocal lines, keyboards in a basic role, drumming trying to balancing between speed and lower tempos and the atmospheric parts to play an increasingly decisive role. It seems that they have found the sound that suits them and they move comfortably and successfully in it. Morgenröthe, on the other hand, are moving on more Post-Black Metal trails. Their sound is more experimental and raw. They have not released any completed work yet and it seems that they are working on getting their personal sound. The 2 bands have Black Metal as a common reference but beyond that, they also have several differences. I hope “Morna / Possenspiel” gives impetus to Morgenröthe to create their first full length and to Drama Noir to continue their way to the top. 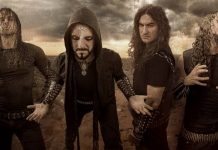 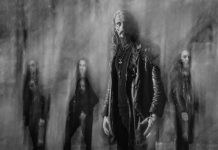 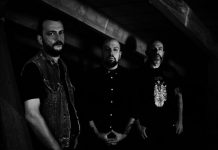