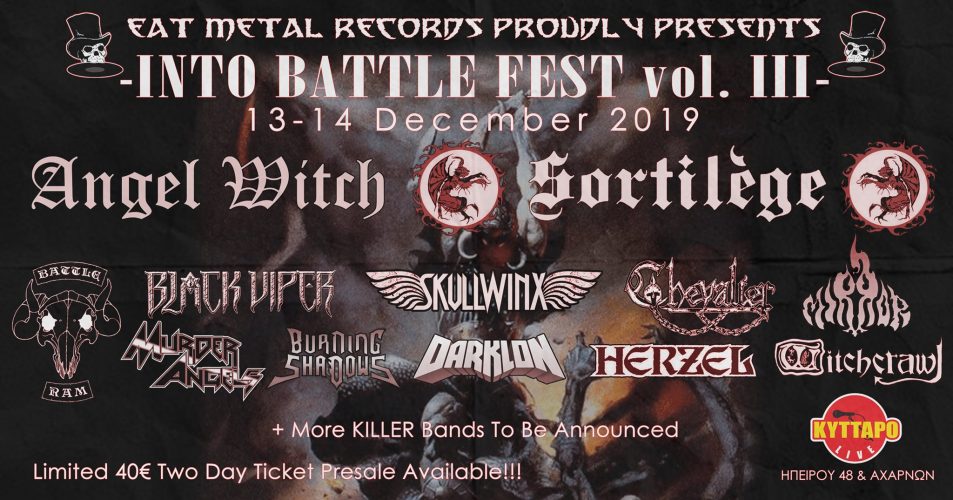 Press Release: Our goal is to present an amazing mix of heavy metal bands that really KNOW how to deliver on stage. No fillers here, only killer bands, and the truest underground spirit!
Tickets are available NOW from the following record shops: Sirens, No remorse, Metal era.
Online you can buy from eat metal records web shop:www.eatmetalrecords.com

The first 100 2 day tickets cost 40euro and will be available until 10 of October, or until they are sold out! Limited quantity left, so don’t be late! Daily tickets will cost 25euro, and these will be available to the same selling points from 10/10

SORTILEGE ( FRANCE)
One of the most legendary European metal bands for the first time in Greece!
Expect nothing less than a titanic appearance straight from the glorious 80’s!

MIRROR (CYPRUS)
It seems the world as finally noticed these guys, after the release of their second album! There is a reason for that! They RULE!
First time in Greece, first time out of their homeland!

BATTLE RAM (ITALY)
More than just a killer band, these guys go together with eat metal records for the last many years.
Welcome back muthas!

BLACK VIPER (NORWAY)
These guys made a killer impression with their debut album last year, time to present their highly energetic metal on the stage of Kyttaro!

CHEVALIER (FINLAND)
Epic, bombastic, chaotic medieval metal for the chosen ones! We need more of this!

HERZEL (FRANCE)
French Steel from a real underground metal machine! Welcome on board!

MURDER ANGELS (GREECE)
Time to explode for these metal to the bone fellas! Taking the stages by storm the last years, time to conquer into battle!

WITCHCRAWL (GREECE)
Just the mention of Griffin as one of their influences should be a reason for them to play in our festival! New kids on the block, a lot to expect from these metalheads!

BURNING SHADOWS (U.S.A.)
A really more than impresive Epic heavy metal group, going on for over a decade, finally on European ground! Their epic Journey begins now! Ladies and gentleman, from the United Sates of America, all hail….. 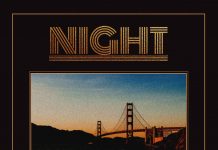 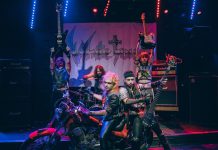