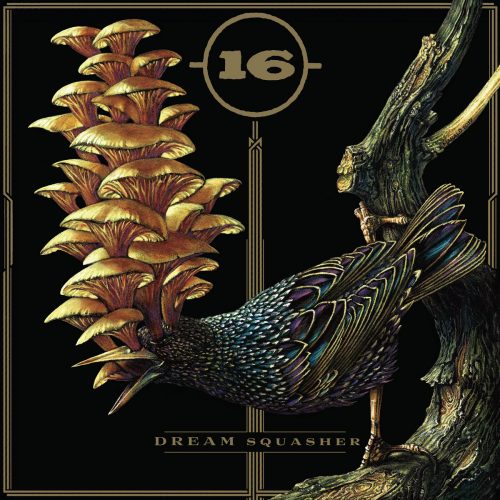 (16)- was founded in 1991 in Santa Ana, California, so as they are getting close to their 30th anniversary it’s rather strange why their name isn’t so familiar to Europe’s metal audience, even though their sound is influential for the genre as Crowbar or Eyehategod are. The four piece band is coming from Los Angeles featuring Bobby Ferry on vocals, Alex Shuster on guitars, Barney Firks on bass and Dion Thurman on drums. ‘Dream Squasher’ is their 8th studio album and truth be told this is their best work up ‘till now, probably equal to their classic ‘Drop Out’ from 1996. The album has a plethora of riffs and a variety of rhythms blended harmonically. You can hear Sabbath influences on ‘Acid Tongue’ and a Helmet motive on ‘Candy in Spanish’ and a Crowbar feeling on ‘Harvester Of Fabrication’, hardcore punk elements on ‘Ride the Waves’, Candlemass doom aura on ‘Sadlands’, traditional metal twists on ‘Kissing the Choir Boy’, western-like intro on ‘Agora (Killed By A Mountain Lion)’ and groovy chaos on ‘Screw into Others’ and ‘Summer of 96’. A must buy for the summer of 2020, that it may turn to be the last summer of humanity …but not just for that reason!!! ‘Dream Squasher’ has the perfect balance of strong and bouldering guitars that crash into one another, pulverizing bass and drums. It also features a bunch of thunderous riffs that express equal parts melancholy and fury, muddy vibes, excellent songwriting and brilliant lyrics with a Melvin’s sense of humor. And it has a song – love letter to a man’s dead dog (‘Me and the Dog Die Together’). Fuckin’ awesome.

Up The Hammers Festival announce Conception for the first time ever in Greece !!!