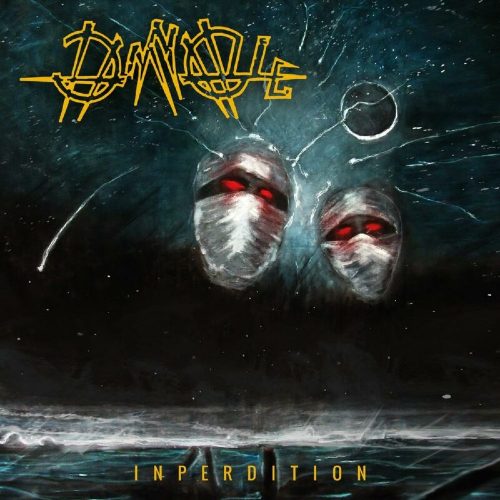 Every local scene has its gods its underdogs, its winners and losers, its forgotten gems, its overachievers and its unsung heroes. Poland has a rich legacy and especially on extreme bands this country has offered a plethora of great albums. Damnable were a not a pioneer of extreme sound but their brutal direction was against all odds when on one hand everyone was looking for dreadlocks and hip hop elements as nu Metal was the next big thing and on the other one a doom/depressive aura haunted Death Metal as Paradise Lost and My Dying Bride were winning the hearts of the masses, and that makes their choice brave. Their debut was originally out in 1996 only in cassette format and was too soon sold out. A two years later version was once again sold out and now a quarter of century later since the first cut, Godz ov War Productions gives a present to all fans of extreme Metal. Their influences were obvious but well filtered and the final result would turn into something ferocious, in the veins of Mortician, Dying Fetus, Deeds of Flesh and Devourment.

Musically speaking, even though they sound rough and raw, the low tuned sick guitars create a massif wall, while the drumming is ferocious with many fills and tempo changes. The vocals are brutal reminding of Suffocation, vomiting the lyrics and spreading Damnable’s wrath and hate through the speakers. “Inperdition” is just above 20minutes of excellent brutality, a lesson of sonic violence that worths to be added in your collection for all the right reasons, not just for historical ones…