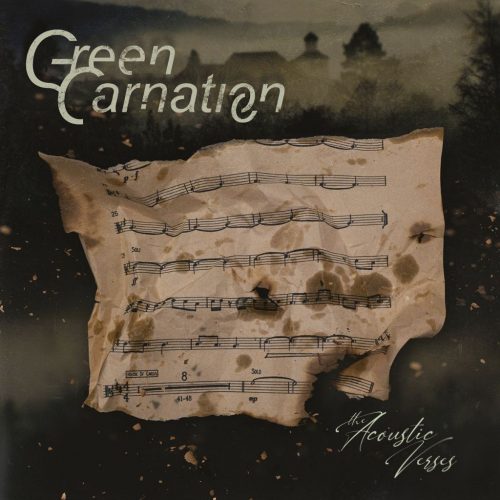 Norwegian progressive metal band GREEN CARNATION have announced the release of the remastered, 15th anniversary edition of their acoustic album ‘The Acoustic Verses’. This anniversary edition, remastered by Maor Appelbaum, contains three bonus tracks and has brand new cover artwork by Lukasz Jaszak. This is the first time that ‘The Acoustic Verses’ is released on vinyl.

In celebration of this release, the band has also released a lyric video for the song “My Greater Cause”, (Part I of “9-29-045”), which can be viewed at the official Season of Mist Youtube Channel HERE.

Vocalist Kjetil Nordhus comments: “This is something that both we and our fans have been waiting for a long time! ‘The Acoustic Verses’ is a stand out album in our catalogue, and we hope people will enjoy the vinyl, with its extra songs, new and beautiful cover art, the upgraded sound and not least, the vinyl!”

‘The Acoustic Verses (remastered)’ will be out on December 3, via Season of Mist. Pre-orders are live in the shop HERE.