In a recent interview with Chicago’s WXAV 88.3 FM radio station, former SEPULTURA frontman Max Cavalera reflected on the group’s groundbreaking 1996 album «Roots», on which he and his bandmates collaborated with the Brazilian Xavante tribe.

«The ‘Roots’ record, which was heavily influenced [by] tribal music — the mix of tribal music and metal was a brand new thing, and we kind of went into a complete unknown territory when we did that, and the results were amazing,» he said (as transcribed by BLABBERMOUTH.NET). «And we ended up getting praised by people like Dave Grohl [NIRVANA, FOO FIGHTERS] and Lemmy from MOTÖRHEAD, which was unreal to me to hear — my idols praising some of my stuff. It was pretty cool.

«Some people love ‘Roots’; some people hate ‘Roots’. Some people only like the old stuff. Some people want me to play like I did when I was 15. I can’t do that all the time. I try to bring a little bit of that into some stuff that I do, but I can’t just be that only. There’s much more to life than that.

«That’s what I think people don’t understand,» Max added. «Music is such a big landscape. There’s so much we can do with it. It’s endless. That’s what the cool thing about it is. There’s so much more you can explore and do different things with it. Why do the same thing over and over?»

«Roots», along with 1993’s «Chaos A.D.», is considered SEPULTURA‘s most commercially successful release, having been certified gold in 2005 by the RIAA (Recording Industry Association of America) for U.S. shipments in excess of 500,000 copies.

In a 2016 interview with Metal Hammer, KORN singer Jonathan Davis said that he felt «Roots» borrowed heavily from his own band. He said: «I thought [it] was a big compliment, but I also thought it] was fucked up. That was just a blatant KORN rip-off, and I had it out with producer Ross Robinson about that, because he just took our sound and gave it to SEPULTURA. My young brain couldn’t handle it. But they were one of our biggest influences, so I guess they get a pass. And that’s a classic album, so it’s all good.»

Later that same year, Max told the «Démentièllement Vôtre» show on Québec City’s CKRL 89.1 FM radio station that he disagreed with Davis‘s assessment of «Roots». «I don’t see it like that,» he said. «I think especially the sound of KORN, in my opinion, with the bass, is horrible. We didn’t have that; we had a lot of low end and things that the KORN album didn’t have. So I don’t see why he would be pissed off, because I don’t see that much of a [similarity] between the two of them. Plus, KORN wasn’t the only reason we wanted to work with Ross. He had done a FEAR FACTORY demo that I really liked and had a really raw sound. And he had done a DEFTONES song on the ‘Adrenaline’ album that I really liked.»

«We [were] very different from [KORN]; we have own way of playing and the songs are different. Everything is different. It’s just the same guy that recorded [both albums]; that’s the only similarity.»

Davis was featured as a guest on the «Roots» track «Lookaway» — along with Mike Patton of FAITH NO MORE.

In 1996, Max exited SEPULTURA after the rest of the band split with his wife Gloria as their manager. 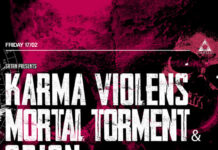