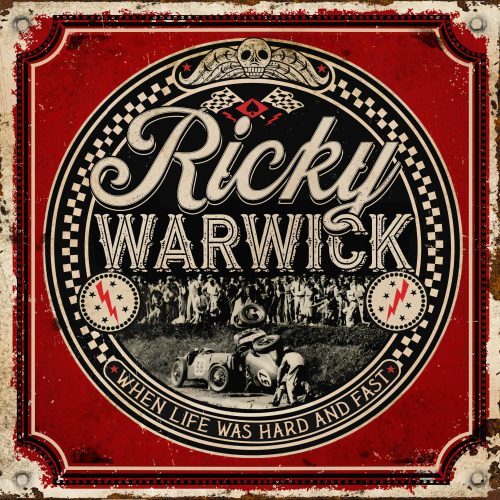 With just three weeks to go until the release of his first solo record in five years, Ricky Warwick has released the title track to WHEN LIFE WAS HARD AND FAST featuring none other than Def Leppard’s Joe Elliott on backing vocals. The accompanying video, which will be premiering tonight at 7pm GMT, depicts the County Down Ards TT Motor Race that is seen on the album’s cover and ran from 1928-1936. The cover shows an accident from one of the races that happened directly in front of a field that was part of a farm owned by Ricky‘s grandfather, where Ricky himself lived for the first 14 years of his life.

Watch the premiere for the video below: