Symphony Of Sweden released a new song on the 7th of December from their upcoming album – the first song from the highly expected material was «The Grim Reaper» followed by «Angels» in October, and the most recent release is «Will She Fight» – Evan and Lee were eager to release a new track before Christmas, and now the duo is able to put their full focus on their new material, which is coming on February. 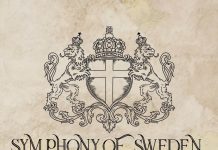 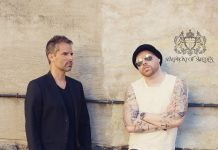 Interview with Symphony of Sweden