Idle Hands, delivered back in 2019 their debut “Mana” and managed to amaze all goth-rock and metal lovers with it’s essence, power and aesthetic.

Now, two years afterwards, re-baptized as Unto Others, Oregon’s finest scheme the scene has seen for years, released their sophomore record, “Strength”, which takes all of their talent and power a step forward. A fine list with perfect melodies and catchy choruses, “Strength” is undoubtedly the best album 2021 has seen, so far. I could just try to explain and comment on each of the songs within, however there’s no need to try to, a simple listening session will prove of everyone, even those who deny the goth culture and music, that death-rock is back from it’s grave and it’s more relevant than ever. The best moments of the album though, for reference, are definitely “Heroin”, “When Will Gods Work Be Done” and the opus “Summer Lightning”.

In comparison to “Mana”, I wouldn’t say that I prefer “Strength” a lot more, but it’s definitely the highlight of the year for both the metal scene and the gothic rock scene. 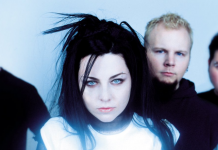 Evanescence: In Love with Sorrow forevermore 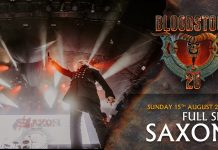