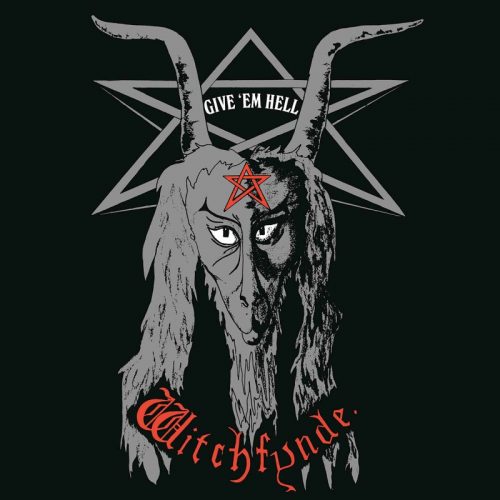 As I was searching my archives; “paper garbage full of newspaper clippings and magazine cuttings” according to my mother once when I was a teenager and hopefully not for my wife and life companion (it would be a total disaster destroying or arguing about a 25 years archive!), about Witchfynde’s debut my memory had triumphed once again. Not only the latest references or a bunch of feature stories about the 80’s, the N.W.O.B.H.M. or just the glory year of 1980, but also articles from the 90’s or the 00’s, had all of them at least once mentioning about “Give ‘Em Hell”. As exactly as I remembering as also having my friend’s (and a massive music journalist and one of the coolest ever in Greece) Popi Stefa’s words about it “being the doomiest and heaviest not just happy melodies like Tygers of Pan Tang” in my head I tried to write a few words for the LP. Actually for the CD re-release by High Roller Records.

Witchfynde of course later changed their course and as their bassist Andro Coulton explained on Matthias Mader on a recent interview, the more melodic song writing approaching was the main reason the band had so many lineup changes and departures that put the feet on the breaks for their career (not to mention a bad contract too…).

The band were formed in early 1975 as a cover band and spent the next three and a half years playing anywhere and everywhere we could in England and Wales while they recorded their first five songs that became “The Lost Tapes”, which received a totally negative response. But hard work most times begins to bear fruits. The band had almost 11 songs written before entering the studio to record “Give ‘Em Hell” in which they originally picked 7 out of them -when they also adopt a satanic imagery in a conscious move to draw more attention- and many months on the road that turned these boys into men.

So back in 1979, when the glorious N.W.O.B.H.M. hit the world, the members of Witchfynde were between 23 and 27 years of age, probably not in their prime yet, but neither too young neither too old for new shit. As their debut had an appealing evil artwork cover (Coulton and Montalo were always involved in the occult and Wiccan magic or the supernatural and the iconic cover was designed by Lorraine Hoyland, Coulton’s brother Gary girlfriend at the

time who Gary was a roadie on the band) and its songs were up-tempo, simplistic, riff-based with thick reverb and heavy bass that had some occult lyrics and were most of all catchy, Witchfynde had the whole package to become huge. But when you pick local Mansfield-based label Rondelet Records to release your album (a label that had no experience with metal acts, being much more into punk rock) then your course is closer to Overdrive, Witchfinder General or Holocaust than Iron Maiden, Saxon or Def Leppard.

The final track listing left out of the first song-pool ”Why Dontcha” and “Twilight Lady” out of the album (both were later on the “Live Sacrifice” album recorded at Ipswich in 1979) while “The Devil’s Gallop” is on the original vinyl release in 1980 as a hidden track at the end of the album after “Pay Now Love Later” and “Tetelestai’ and “Wake Up Screaming”, because Rondelet wanted no more than 20 minutes of music per side of the vinyl. Back then ”Unto The Ages Of The Ages” (probably my favorite song in the LP) and “Tetelestai” that were the lengthiest songs were both fans favorites so most based on luck the band decided to left out “Tetelestai”.

The album that was original released in February 1980, is a genuine rocker. A hybrid of 70’s Judas Priest, Rush, Thin Lizzy, U.F.O., Black Sabbath and similar influences. When the band explores more haunting atmospheres as in “Unto the Ages of the Ages” and “Leaving Nadir” (it is included on legendary Lars Ulrich’s ’79 Revisited compilation of N.W.O.B.H.M. songs and has many Rush-like influences here and there) the result is astonishing and ‘Pay Now – Love Later’ or the opener ‘Ready to Roll’ may seem naïve, but they are both full entertaining, having some excellent guitar work and memorable choruses. The bulky “The Divine Victim” is another favorite with brilliant guitars, spooky atmosphere, slow tempo and major chord changes on the chorus. “Gettin’ Heavy” is being described by the music journalist Geoff Barton (who is famous for coined the phrase ‘New Wave of British Heavy Metal’) as “lumpen lunacy” and it’s a great song that presents fairly and accurately an entire different era.

“Give ‘Em Hell” is a great album that is now considered to be among the classics of the N.W.O.B.H.M. genre. A must have to your collection indeed. Please note that the High Roller Records edition has also “The Devil’s Gallop” as a proper track and not as a hidden one, “Tetelestai” and “Wake Up Screaming” on the track listing, while is audio restored and mastered by Patrick W. Engel at TEMPLE OF DISHARMONY in September 2020. It was c by SST Germany on Neumann machines for optimal quality on all levels…

“Wake Up Screaming” was written by all 4 band’s members in 1979, it was left out of original “Give ‘Em Hell”, and a different version of it was in Witchfynde’s sophomore studio album entitled “ Stagefright” (it was side A’ closer) that came out via Rondolet in October 1980. 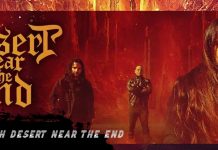