I really enjoyed the new Enforcer album. It’s actually, if we consider any of their previous work, the most diverse thing they’ve ever done. And this shows us that the band harks to its audience and in general. They listen closely, ‘at the door’, as the phrase roughly translates a practice common amongst villagers, and seems to fully understand that if they want to continue to play ball at the courts that made them big, they should play some good, meaningful music.

You see, there’s been lots of water under the bridge since the times the band came out as an unstoppable ‘spikes and leather’ Heavy / Speed machine. It’s close to 14 years since that first 2005 demo. 11 since their debut and 9 since “Diamonds”, which made them even more popular and beloved. During these 3 lustrums, there’s no denial that…Shit happened.

And you’ll be wondering like what, exactly? Well, for starters some few extra variables were added to the already growing “Metal that keeps looking backwards in time” scene. Who would have thought and inform me, for example, back in 2005, that in the States a respectable number of bands would discover the Metal Sweden of the mid-80s and filter whatever heard as an important influence? Who would also imagine that Hard Rock will play an equally important role as it did in the past, serving as an influence for bands and as a priority amongst listeners. Who would have guessed that post-NWOBHM and the ‘70s would be heard even louder through records that also had some impact, still. And yes, I’m still referring to the “Metal that keeps looking backwards in time” phase. Which, in fact, grew bigger, regarding bands and the audience as well. Ok, so…We didn’t end up being Kiss or whatever, but the scene has indeed grown compared to 2005. In numbers and in quality.

Enforcer seem to understand all this has happened. Had they not carried the burden of putting out “From Beyond”, which was in general a little bit ‘numb’ (its best moment being the transformation of Terminal’s “Slovo” -an almost troll but extraordinary project band of the bassist-, to the album’s self-titled song), the probably knew their next step ought to be something really powerful.

And they did it. “Zenith” shines like a diamond (see what I did there?) because it’s mostly an album that relies heavily on its exceptional songwriting. The record consists of well-written tracks and that’s a fact. Beyond this plain fact, its diversity, of which I talked about in the beginning, has more to do with the band’s variety playing-wise and in terms of countenance on these particular tracks.

For instance, there’s “Die For The Devil” as a record-opener, which was also the first sample that the band putted out to the world. A straight, hard rock driven track, nonetheless, that was probably rehearsed, instantly liked and thus made it onto the record and fitted like a glove, or maybe the band was wearing it as the sound-suit (if we were to continue this metaphor) that is Beast In Black for example (?), who we tend to hear a lot lately.

And there you are waiting for the corresponding dance sequel and along comes “Zenith Of The Black Sun”. Melodic and mid-tempo. It’s almost like it stares in the eyes of Sabbath with Dio era, whilst having the essential NWOBHM touch, just enough to make you go: wow, so, something’s actually going on here”. And then comes “Searching For You” and grabs you by the neck. Fast and loud. With its NWOBHM elements exaggerated, some Riot and Loudness thrown into the mix as well. It’s like the usual Friday night at your local metal club, if we were to put it this way. It brings you back 30 years. Something like “I’ll exterminate you if I see you”. Without any keyboard blocking my way. A hell of a song.

And just before you smash the other half of the apartment, here comes the intro to “Regrets”. Which is in fact “ZadnjiIzlet” by Terminal transformed into Enforcer’s epic chant. Well, in this version, the song emits with more clarity any of its AOR form: Meaning, intro and then the main piano theme, refrain that’s full of ‘widespread’ guitars kai bittersweet vocal melodies. It’s not bad at all. You should listen to the original as well and decide which one you prefer.

Next comes the magnificent, pompous “End Of The Universe” which is one of the small gems of the record. Sparkly, guitar-wise, full of melody and definitely not a babbler.

When you’re about to acclimate, comes “Sail On”, ladies and gentlemen… Sticking true to its initial guitar-based theme, its almost playful pomp approach -which is achieved through guitars and not synths, so props for that-. I oftentimes catch myself listening to it again and again whilst the calendar on the wall shows it’s March of 1976. Maybe then I’ll try to dislodge the paper and try to read the hidden poem that’s behind it…

We continue our journey in the same manner with the post-NWOBHM epic that is “One Thousand Years Of Darkness”. And I’m wondering how the hell did they manage to write such an excellent song. Between you and Ι, from 1978 to 1985 it’s a small gap actually and, truth is, that we tend to hear lots of keyboards lately. “I’ll bring a friend’s synth to the rehearsal, ok guys?” Pul yourself together Christos… You live in Greece of 2019 and definitely don’t play in some English band during ‘85. OK?

We’re close to reaching the end of the record with “Thunder And Hell” reminding us of the first 2 Enforcer albums. Fast and razor sharp. The thing that if you’ve known how to do it properly, you won’t remember in a lifetime. Its place will take the grandiose “Forever We Worship The Dark”, which has also borrowed from Terminal the intro to “Epilog”. Nevertheless, here we can also enjoy the lyrical, melancholic (for the most part) and nostalgic Eastern Europe Metal poise of Terminal in a wonderful track -which is actually my favorite of the album-.

The last song of the album is the most majestic by them. Murky and epic all at once, “Ode To Death” may even remind you of Manowar. And besides of its somewhat extended length, it won’t tire you.

So, you begin to understand that we’re talking about an exceptional case of an album. Its every track with its own unique style. With attention to detail, inspiring and meaningful songwriting and other characteristics that make this exact record what it is: Apart from any dissimilarities, all songs’ share as common denominators the way they were written, meaning that they have recognizable elements that are then putted through the band’s (musical) filter on each song. So, it makes perfect sense for every song to sound well-balanced and homogenous.

I haven’t anything else to say. I enjoyed the record and i would recommend it to anyone who wants to have a nice time with some extra fine Heavy Metal. I hope the album gets the recognition it deserves. I personally think of it as the best, most well-rounded record moment of the band. Keep it up! 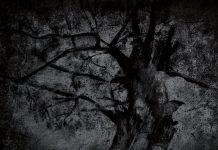 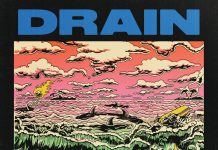 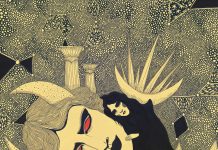