Norwegian black metal group Eternity is due to release their next, sophomore album on September 13th, via Soulseller Records called “To Become The Great Beast”. Right before that, they also published a track off the record, entitled “Te Nostro Deum Sathanas”. The track is available here: 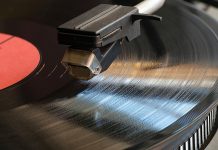