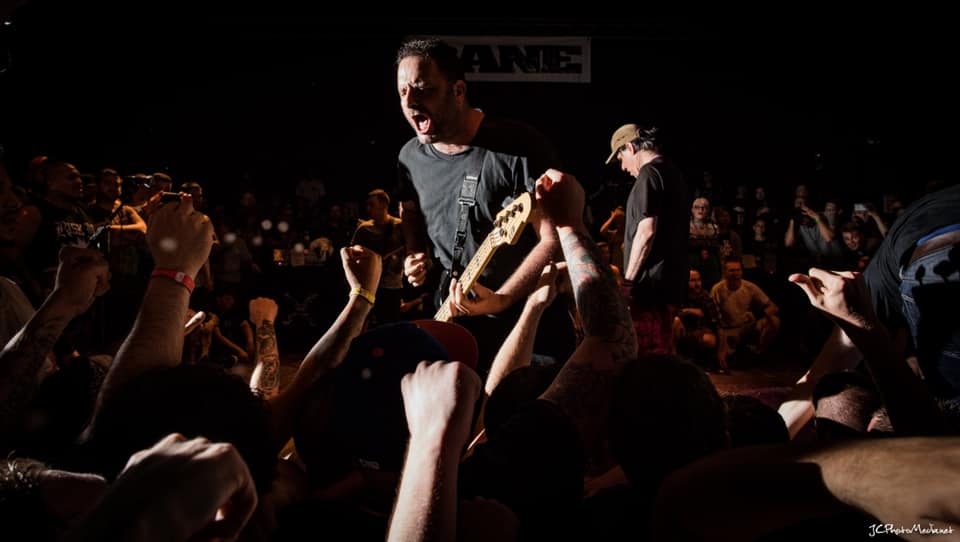 Tragic news have hit hard the worldwide Hardcore Punk Family Bane’s official announcement that Brendan “Stu” Maguire passed away after his long-time battle with cancer on Sunday. As the band stated on their Facebook page:

“As many of you have heard our bassist and brother, Brendan “Stu” Maguire, succumbed to his 21 month long, ferocious battle with cancer on Sunday. He fought until his final breath. We were gathered with him at the hospital, a large group of family, friends, workmates, band members and road dogs, to see him off. He let go at 8:30 pm, and outside the hospital the sun was setting and the sky was the most striking, beautiful, and terribly sad glow of orange. His father came outside and told us all that as long as we keep Brendan in our hearts that he will never truly be gone. Yesterday we were overwhelmed and comforted by the incredible outpouring of love and testimonials from people who had known Stu or simply been touched by the music that he has made. Today we will begin to put the pieces of our hearts back together again and look ahead. Fridays show here at The House of Blues in Boston, that was originally going to be a party for our sick friend, made up of his all time favorite bands and attended by many who were looking forward to hugging him and cheering him on, will now be refocused into a celebration of his life, his wife Lee and their two amazing daughters, and finally, the power of friends getting together. To say that he would have wanted this show to go on exactly as planned would be an understatement. He would have insisted on it. It was Brendan’s belief that this community is at its best when it brings people together, picks us up off the floor, and helps us process the difficult and impossibly complex emotions that we all wrestle with in our hearts. That it’s why we scream as loud as we do. Thank you so much to Sick Of It All, The Bouncing Souls, H2O and Rebuilder for coming forward to honor that belief.

Come scream with us if you can.”