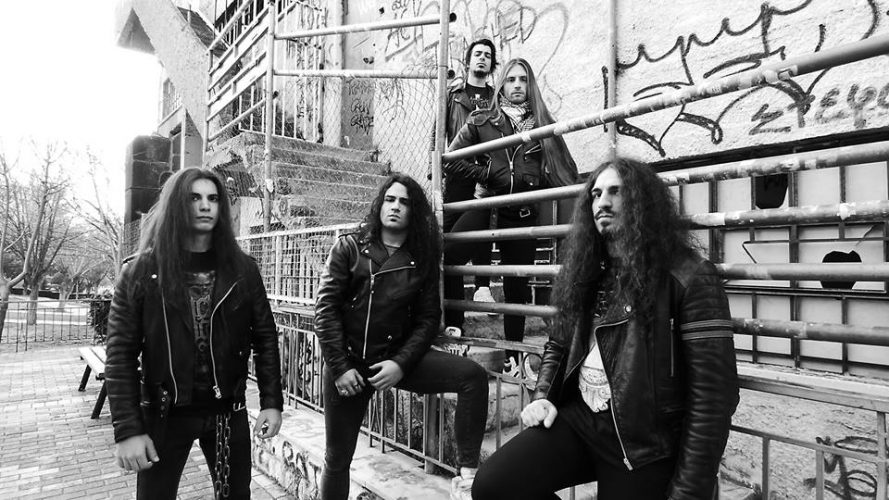 Greek thrashers Exarsis are in the middle of very unconvinient situation because of the band’s new album artwork. As it seems the Rabbi that is depicted on the artwork has offended some people and the album is beeing banned from a portion of magazines and zines around the world. The band tried to explain its beliefs and the story beghind the artwork is, in an extensive post in their Official Facebook Page. Metal Invader supports the band in this difficult situation and we think that they couldn’t be clearer about their beliefs.

We are in NO FUCKIN’ WAY antisemitic and we definitely do NOT hate any nation and its people. We do not judge people by the colour of their skin οr the place of their origin. We have friends from Israel and they know our intentions. We are all brothers. We totally support unity between every human being and we hate politicians, war, οrganised religion, fascists and the New World Order. That’s what our lyrics are about and whoever knows our band is aware of that.
Εxarsis is openly 101% ideologically AGAINST any form of fascism and we are not interested at all in any neo-nazi fans supporting our band. On the said album, there’s an anti-nazi song called “JUST BURIED” which is about the nazi parties’ empowerment through mass media – unfortunately not just a Greek phenomenon. Nazi metalheads FUCK OFF.
We will not respond to any “your artwork is nazi-friendly” accusations furthermore. Our above statement is clear.
Our message is unity and awakening.
Powers that be WILL NEVER WIN.

FUCK ALL FASCISTS.
FUCK ALL POLITICIANS.
FUCK ANY FORM OF RELIGION.

You can read the band’s statements in their entirety below: