Fair Warning started their career in Hard Rock in a time when the genre was far from popular, but the remaining fans embraced their impressive debut. More than 20 years later Fair Warning still stand strong, releasing 5 of their albums (4 studio, 1 live) in a collection simply named “The Box”.

Go!
Released in 1997, the self-produced third album of the band, while not a masterpiece, is thoroughly enjoyable. It’s a solid record consisting of beautiful melodies and diabolically catchy choruses. Quality musicianship and songwriting make for a truly memorable listen and songs like “Angels of Heaven” or “Save Me” still remain on their live setlist, claiming a special place in the hearts of the fans.

Live And More
The only non-studio album in the set, “Live And More” was released in 1998, quite possibly because every hard rock band is contractually obligated to record a live album once they reach the 3 or 4 album mark. Nonetheless, the performances are enthusiastic, strong vocals coupled with excellent guitar work. It mostly consists of “Go!” songs, the first two albums are also represented and 3 good if somewhat forgettable previously unreleased tracks are included. It’s a good live album but not really necessary.

4
Yes, their fourth album is titled “4”! And it’s probably the best in the box. Released in 2000, it really is Fair Warning at their peak. Once again, there is great power and energy in the amazing opening songs “Heart On The Run” and “Through The Fire”. The magnificent melodies and flawless guitar work, Tommy Heart’s outstanding voice and Helge Engelke’s boundless talent, all the elements that made them stand out in the first place, find sure footing here and their sound is expanding. Tracks like “Tell Me I’m Wrong” or “Time Will Tell” really shine as stunning examples of songwriting in one of Fair Warning’s greatest offerings to date.

Brother’s Keeper
It was a reunion album and while we all know those can go either way, the main reason behind every reunion is present: members going their separate ways didn’t work out (commercially, at least) thus leading to a return to something that had been succesful. Released in 2006, it’s not actually a bad record and there are in fact some very good songs here, like “Generation Jedi”, “Once Bitten, Twice Shy” and to a lesser extent, their comeback single “Don’t Keep Me Waiting” but there’s not much else worth your time here, just more of the same and they did it much better in previous albums.

Aura
And 2009 brought us their real comeback album. Again, it’s not a masterpiece, it is however vastly superior to “Brother’s Keeper” and a worthy addition to their catalogue. The production is solid and helps them form a slightly heavier and more modern sound, while retaining the heart and soul of a genre deeply rooted in the 80s. Beautiful ballads like “Hey Girl” and “Holding On” are combined with energetic rockers like “Fighting For Your Love” and “Here Comes The Heartache” to form another great sample of superb musicianship.

The Box is simply a great buy for fans and the uninitated alike. Whether you are a longtime fan or have never heard anything by Fair Warning, if you enjoy quality melodic hard rock, I highly recommend this set. True, real collectors would probably prefer individual jewel cases but given its price and the fact that some of these are hard to find, it’s still a great addition to your record collection. It represents one of the genre’s most talented bands in a great way and might help introduce them to more people. 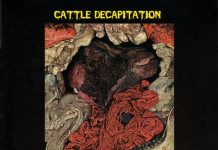