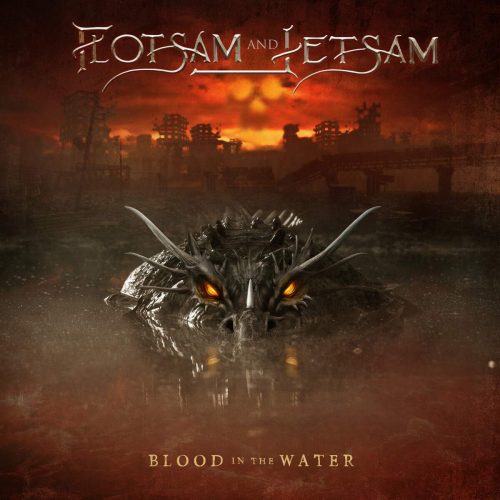 Hopefully Flotsam and Jetsam are living a second youth and their two latest albums have the quality to stand next to their best moments. Its quite difficult to get this back to back on your prime and actually this is a great album but not a masterpiece as their first two records are but you get my point. Flotsam and Jetsam celebrated a couple of days ago the 35th anniversary of their glorious debut Doomsday for the Deceiver. But the band as you can understand from my intro isn’t one of those ones that live with the memories or have stayed in their past making money by milking its fans based on nostalgia or retro worshipping.

Originally formed in 1981 in Phoenix, AZ, Flotsam and Jetsam are still vivid continue recording albums and touring constantly in their 4th decade always humble and loyal to Heavy/Thrash. “Blood In The Water” is their fourteenth studio album and it is already out via AFM Records waiting for you to invest on its quality (on record stores since June 4, 2021). Their signature sound is once again here while the Thrash meets Power meets Heavy metal formula based on galloping rhythms and riffs upon blazing riffs, fast soloing by the Steve Conley and Michael Gilbert duo and up-tempo drumming (even blast beats here and there) are given in a modern way with many speed metal elements.

The solid rhythm section by Ken Mary and Bill Bodily (drums and bass respectively) create an excellent environment for the melodic guitars and above all the great voice of Eric “A.K.” Knutson that is giving all he has in one of his best performances of his career, to shine.
So many brilliant compositions and marvelous songs that are featured in probably the surprise of the year (personally speaking I wasn’t expecting such a good LP from the band despite the fact that I really respect and dig their work), but if I have to pick some highlights I would say: The title track “Blood In The Water”, the first single “Burn The Sky,” the more melodic “Walls,” “Re-aggression” and definitely “Seven Seconds ‘Til The End Of The World”.

A solid and honest release by these veterans that will satisfy all the fans of the band, old and new ones. There are no weak links, no slouches, nor anything that could be dubbed filler to be found on this album, it’s just one continuous barrage of brilliance that only real varies in terms of absolute velocity. 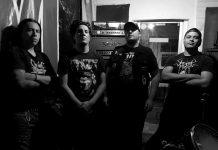 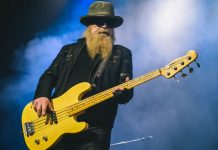 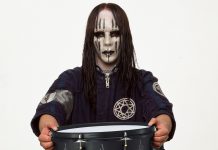