written by Nikolas the Kid ‽

Let’s start this presentation with a small part of Jorge Luis Borges’ book “Book of imaginary beings”. This book is a compendium of brief, almost stark descriptions and stories about fantastic animals from many older texts and sources, including the bestiaries of medieval Europe and their classical antecedents, Chinese and Indian myth, folk tales, the legends of indigenous peoples, and the minds of writers such as Kafka and Poe.

Of course Fairies couldn’t be excluded from those imaginary beings…

“They meddle magically in human affairs, and their name is linked to the Latin word latum (fate, destiny). It is said that the Fairies are the most numerous, the most beautiful, and the most memorable of the minor supernatural beings. They are not restricted to a particular place or particular period. Ancient Greeks, Eskimos, and Red Indians all tell stories of heroes who have won the love of these creatures of the imagination. Such fortunes hold their perils; a Fairy, once its whim is satisfied, may deal death to its lovers.´ Jorge Luis Borges “Book of imaginary Beings” – 1983

The book of Graham Joyce is definitely connected with the last sentence of the paragraph above!

Sam, Terry and Clive are like any normal gang of normal young boys, roaming wild around the outskirts of their car-factory town, daring adults to challenge their freedom. They live in Coventry (UK) back in the 60’s. There are chapters in this book where the author takes you on a journey and we can watch the adventures and the adulthood of the three friends. The contact with the opposite sex, the first kiss, the first question, the contact with religion, the loss …

What is particular to this story is the balancing act between the fun of puberty and the horror elements that rear their head from the very first page.

Sam one night, at the age of seven and by some horrible mistake, he will bumb into the tooth fairy. This will be a very strange contact. Only Sam can talk and see the fairy. But what a surprise! The Fairy is an ugly scary monster that will only cause trouble and disaster in Sam´s life. We see the creatures through Sam’s eyes. She is vicious and insincere, at times supportive, at times malevolent, full of the burgeoning sexuality and violence that one finds in teenage boys. As Sam grows, the tooth fairy continues to show up unexpectedly and begins to change its form, becoming a chilling sexual thing that teases and taunts and awakens odd feelings in Sam. The Tooth Fairy seems to be symbolic to the external expression of boys’ hidden obsessions, fears and desires.

At no time does Sam ever doubt the reality of the Tooth Fairy, including at the end of the book when Sam is a young man. We will ask ourselves also many times if this malevolent creature is real or just an imaginary demon. The boys are different characters but the transition from the innocent age to the adulthood is the same for all of them.

The answers for the Tooth fairy come through the pages of the book. The teeth of the Fairy tear apart the innocence of the boys and rip the flesh of the “reality bones”. Graham Joyce makes the whole story interesting and allows you to empathise with the characters and makes you care what happens to them.

Sam and the tooth fairy is quiet an interesting couple. The writer builds their relationship through the pages of the book till the unexpected end. There are also many references to rock and blues music of 60’s which are making the book quit an attractive reading. In The final chapters of the book the action goes fast and Joyce strikes us mercilessly with unexpected turn of the events.

Just enjoy the book and let the Tooth Fairy be your guide to this macabre trip!

Graham Joyce (22 October 1954 – 9 September 2014) was an English writer of speculative fiction and the recipient of numerous awards for both his novels and short stories. Joyce died on 9 September 2014. He had been diagnosed with lymphoma in 2013. 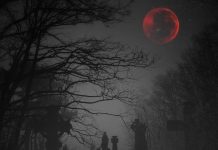