Damn this band has great artwork covers! They are sleazy, filthy and poser enough to intrigue from a horny teenager to a next door 45 years old cougar that wants to see the albums you review and laughs in a cheeky way when she sees the three nuns on ‘You Can’t Kill My Rock n Roll’ cover. And yes we’ve missed these lunatics from Sweden! ‘Split Your Lip’ is still one of my favorites from this decade in hard rock and still spins around in several parties or when I have a naughty mood. Both ‘C’mon Take on Me’ (2013) and –mostly- ‘HCSS’ (2015) and wasn’t something bad and yet neither something extraordinary, so only the fanatics were fond of them. Probably the band wanted to take a more serious or -let’s try- mature way and unfortunately this wasn’t appreciated by the majority of the fans worldwide. ‘You Can’t Kill My Rock n Roll’ starts with 3 killer songs “AD/HD”, “Electric Rider” and “My Sanctuary” were guitars cut like a shiny knife and if the chorus of the last one was a bit better we would talk about the ultimate triplet to open an album. “Hit Me Where it Hurts” and “YCKMRNR” follows and are definitely hit singles, or should be ones and I swear to the Bible “Have Mercy On Me” is so pop that makes me wonder if Ghost are death metal or something, still is a nice party rock song. I didn’t liked for any reason “The Others” but is probably the worst of the album to be honest, but I loved the born to be played live “Bring The House Down”. “Never Cared For Snobbery” is sort of messy trying to put many elements to it, and “Baboon” will please all their fans under the age of 22-23 with its modern approaching. “Medicine Man” and the closer “Goodbye” are just almost ok, if not fillers if I wanted to sound more severe… 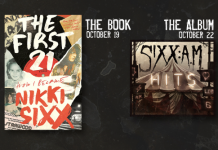 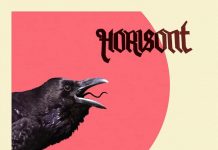