Modern sound. Too modern for my taste (I am known for my old taste in metal). Crystal clear production. In other words exactly what it takes to turn me off. But it rocks. It has passion. And I like it. It even has operatic-polyphonic vocals at times. I mean normally I should have left it behind. But I like it. And I didn’t expect it. And usually it comes from where it is not expected. This album has a bit of everything. No, it is not like a salad, everything is tight. It sounds modern, but also melodic. It could be played in the radio (I know, puking time) as also in a rock club. I can’t call it a pure modern commercial US thing, Maybe this is what Queensryche would play if they were more modern and aggressive (Yeah, I know I said many times the word modern, usually it is not for good). For this comparison probably the speaking parts are to blame because they bring something from “Operation Mindcrime” in the air. The album is well worked. Productionwise it is PERFECT!!! The vocals have power. The guitars are well worked. The compositions have great choruses, as someone would expect from something modern and commercial (yeah, yeah, I know). The rhythm section makes many changes and it is … well worked as well. I said, normally I shouldn’t like it. But it is good. There goes my reputation. And some trivia, this album has a lot of guests like Lita Ford, Jason McMaster (yeap, this is the reason why I listened to it in the first place), Udo and Kobra Paige. But this doesn’t say much, I am more afraid than encouraged from seeing guests in albums. But as we said. The album rocks. 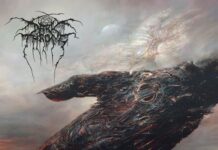 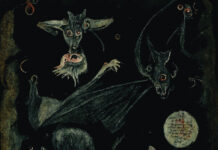 Integrity – Humanity Is The Devil