Heavy by the Sea will, unless something hugely unexpected happens, be the first and only Metal Festival in Greece this summer, even though it is not clearly a “Metal” Festival. Things seem to be worse every year in Greece, concerning metal festivals. However, let’s leave all this behind and focus on what happened in Faliro this Monday. First of all, the line-up contained bands from many different musical areas, with Greece being represented by the first four bands. So, it was a difficult task to keep all the attendants happy with the bands, given that the in the crowd were people with very different musical preferences. Gladly, all the bands with their performance, their energy and the great sound helped so that this live would be imprinted in our memory as a very satisfying one. If it wasn’t for the damn heat though, things would have been even better.

Revenge of the Giant Face
The time is shortly past five, the sun falls like a hammer on our heads, so does the band’s music. They stayed on the stage for about twenty minutes, long enough to drag the few first viewers to a relentless headbang. The lads seem to have a great future in music ahead of them, as they left us with great impressions with their arousing rythms and insane vocals.

Tardrive Dyskinesia
The crowd is moving to the center stage, where Tardrive Dyskinesia are about to begin with their set, but also to the shady bars, where they drink lots of beer to fight off the heat. The first moshpits appear, while the band is playing with the task to be the one that represents progressive-math death sound in the festival. And they do a great job. Some minor sound problems and the scorching heat cannot dishearten the fans that really had a blast till exhaustion for the half hour that the band played. Overall, a very good performance from an up-and-coming band.

Setlist: Triggering The Fear Factor, The Chase Home , Prehistoric Man, Time Turns Planets, We, The Cancer, No One Cares.

Planet Of Zeus
Without any delay, Planet take their place on the main stage. Many new songs from their latest album “Vigilante”, very good sound again, the band in great shape and the crowd, which is much bigger now, is swinging with the groovy music. Even the sun seemed to fit with the heavy-stoner sounds that swarmed the space.

Nightstalker
Back to back stoner on the red stage, with the veterans Nightstalker looking less excited, with the harsh fact that they had to play with the sun in their faces, without however disappointing their fans with their performance. After the necessary refueling with beer and with the sun preparing to set, time passed pleasantly, while we were thinking that it’s always calm before the storm…

Behemoth
Return to the main stage where many fans were already waiting for the sole ambassadors of the extreme metal sound at the festival. The sun didn’t do us the favor to set before its predestined time, so, after a short delay, the Poles appeared on stage, bathed in light instead of darkness, as it would have been appropriate. With intense theatrical elements at their appearance, concerning the costumes and the make-up, they began their show with ‘Blow Your Trumpets Gabriel’, from their latest album ‘The Satanist’. The crowd went nuts, as expected, and the ‘beating’ among the fans was relentless. The band continued mercilessly, playing storming songs from their entire discography, having the spreading night as their ally. The encore, which hopelessly contained the huge song ‘Decade of Therion’ and ended with ‘O Father O Satan O Sun!’, with the Poles wearing their pagan masks on, left the fans with sore napes, though very happy.

Setlist: Blow Your Trumpets Gabriel, Ora Pro Nobis Lucifer, Conquer All, As Above So Below, Slaves Shall Serve, Christians To The Lions, The Satanist, Of Fire And Void , At The Left Hand Of God, Chant For Eschaton 2000
Encore: Decade of Therion, O Father O Satan O Sun!

Ghost
Night at last, the crowd is becoming even bigger, reaching at least 5000 people, and the stage is being prepared for the controversial band Ghost. They have managed to divide the metal fans with their music and their stylistic choices and lyrical themes. My opinion is that, regarding their music, their influences from Mercyful Fate on their first LP and from Blue Oyster Cult on the second one, are too excessive, however the band’s quality songwriting can make you oversee that fact. At the other hand, their appearing exclusively with robes and masks and their strictly satanic lyrics, serve clearly commercial purposes and nothing more. The performance, whatsoever, from the Nameless Ghouls and Papa Emeritus II on stage made a few of the sceptics reconsider. That was a result of the band’s great sound, along with their stage performance, especially from their frontman Papa (the robes work really well on stage) and their technical brilliance. Ghost definitely pleased their fans and probably made some new ones with their great performance.

Deftones
It is time for the headliners who, even though do not play metal, but alternative rock, are one of the most well-respected bands in their field. This is a result of the band’s consistency, writing music without compromising in fashion trends or in record label’s wishes, something that other bands of the same area did not avoid doing. A part of the crowd, which came to the festival solely to watch Deftones perform, moved closer to the stage. At 23:20, the Americans made their appearance, stirring the crowd with their awesome sound, which was heavy and very clear at the same time. The band was very tight together, well, that makes sense for a twenty five year old band. The setlist looks, even from the first songs, that will be something like a “best of”, and that is proved right later on. Deftones, playing songs balanced between emotion and intensity and bringing out great energy on stage, overexcited their fans and did not disappoint the metal fans.

So the show came to an end at approx 00:45, leaving a bittersweet feeling. Sweet from the performance of all the bands and the whole fun day, but bitter because we came to realize that there would be no other festivals like it, even with more metal bands, for the whole summer…. 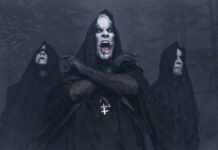 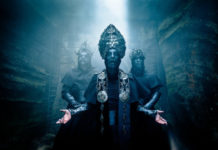