Slovenians Hellcrawler, formed in 2010, in Nova Gorica. We first met them through their promising debut ‘Wastelands’ released back in 2011. Their music is based on swedish death metal mixed with a lot of crust/hardcore elements. In this split, the 5-piece outfit delivers two new songs and a cover song. While ‘Zombie Crawlers’ starts with crust/death riffing, it features an amazing black metal ending! ‘Overthrown Paradise’ is a standard death metal song with obvious Tragedy influences. Their choice to cover Kyuss’ ‘Green Machine’ is quite successful, giving the track a post-apocalyptic feeling and atmosphere.

Wölfe, coming from Australia, formed in 2006 by Blight (vocals, guitars, bass) and Dylan-Thomas (drums) and this is their third split ‘ep. They are offering us four songs entitled with latin numbers VIII, IX, X and XI, while their music belongs in the grindcore genre. More chaotic compared to the Slovenians, with more thrashy riffing, with raw and rough production and screaming vokills! 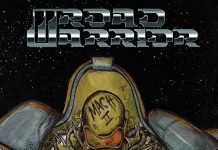 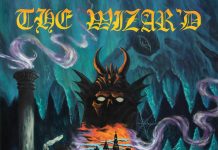 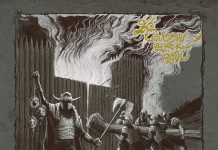