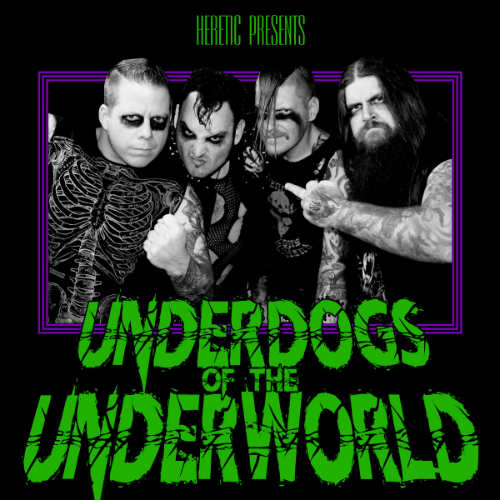 This is the fifth release for the black ‘n’ rollers from Netherlands and once more, the band has chosen to release its record via a different label. This time Ván Records was the one. “Underdogs Of The Underworld” was released in May 2016 and even though over a year has passed, it’s still one of the records Ι listen to when a dangerous Saturday night is full of promises. Keeping their main characteristics, Ηeretic still walk along the path they paved over the last years, producing a record that lifts your spirits, since that hooliganism item is strong “flavored”. Despite the fact that the album doesn’t feature top notch, over complex structures, neither does it offer unique, virgin inspiration, it’s still good. I don’t mean the aforementioned in a badway; this genre doesn’t need excessive solos or exquisite riffs to get you pumped. Many times save Ι visited this record, so Ι recommend to the enthusiasts of the genre to give it a go. Only negative point is found in the lyrics and titles of the songs; “Nuclear Pussy”, “Bitchfuck”, Ι mean come on! World is full of sexist bastards who think they can talk this way to women or who think women were made to sexually pleasure them and/or obey them. This kind of behavior, even if it’s “FUNNY” (???) is and NEVER was acceptable or tolerable amidst the punk community.