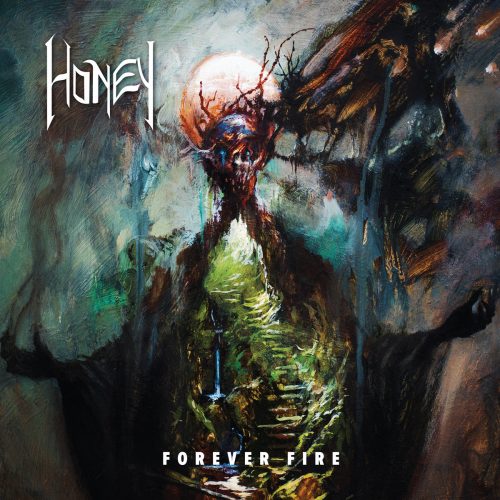 Genre: Crossover/Thrash
Country: U.S.A.
Label: Hellmind Records
Year: 2021
I see many arguments on social media on how the “new” sound of crossover in the veins of Power Trip and Suicidal Tendencies on How Will I Laugh era mixture dominates in a bad way the sub genre and I think that ok there is a tense on copying this motif but on the other hand some are just overreacting. I guess there’s room for all that have something to say and just like Honey even though they lack in terms of originality the quality of their songs can balance this factor.
We’ve talked again about Honey about a year ago when they released their debut EP. We made a small presentation as you can read below in order to remember our words cause after all I have nothing else to add since the album follows the same pattern as their debut EP:
Philadelphia or Philly, has long been nicknamed “The City of Brotherly Love” from the literal meaning of the city’s name in Greek (I think I have used this phrase somewhere else too…). Even though it is the 6th largest city in the States it seems rather difficult to be called someday “The City of Metal” as only the great Cinderella has its origin from the Pennsylvania’s city. Those of you that think Cinderella is a joke probably are either deaf or… totally deaf. It was a month ago when Honey’s debut 12” EP got into my hands. Ok, their name fits better to a grunge band and the artwork cover is almost death metal, but Honey is the real crossover deal believe me. As I really dig this crossover/thrash/hardcore genre that Power Trip have turned once again into hot one, a good friend send me this personal project from Jay Laughlin, the ex-guitarist in Turning Point. Turning Point was a straight edge hardcore punk band from New Jersey, United States that existed from 1988 to 1991 In 1993 he released only one album entitled Godspeed. Take the chance and try Turning Point and you won’t get disappointed. Plus they reformed in 2016 for a live show in This Is Hardcore festival in Philadelphia. To make a long story short, if you are besides Power Trip, also into Exodus, Municipal Waste, early Slayer, High Command, Anthrax, Judiciary, Dead Heat, Inhuman Nature, Enforced and Iron Age, you know what to do…

As a final conclusion get this album for the riffs, the songs and the attitude!

Highlights: “Dancing with Death”, “Deceiving is an Art”, “Forever Fire” and “Plagued by Demons”.